A private remote island conjures up many a romantic notion, doesn’t it? On this trip I was in paradise when I found my own tiny little “mermaid” island, as I’ve always called them, I snorkeled around it, sunned on it’s warm rocks and even harvested a few flakes of salt from it’s small dried pools. It felt heavenly to have this rock to myself for an hour or so, but this was just a pebble compared to Le Sirenuse {aka Dolphin Island, because of the shape}. 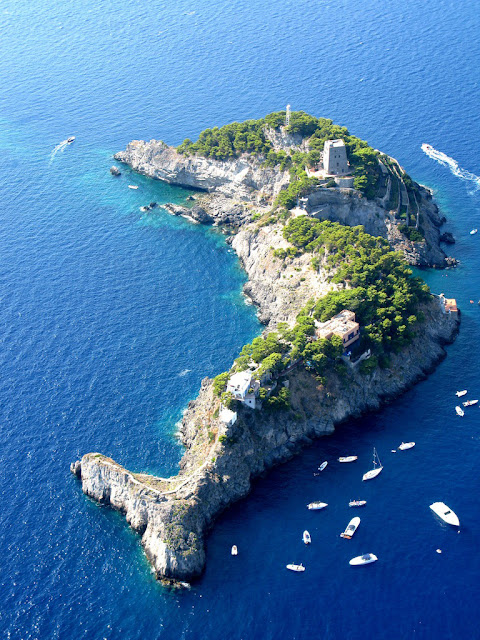 This small archipelago off Positano, also known as Isolotti Galli or Li Galli and thought to be the home of the famed sirens in The Odyssey where Circe warns Odysseus “you will come to the sirens, which will beguile all men” (see the full warning below). Back in the 20’s famous Russian Ballet dancer and choreographer Leonide Massine spotted Li Galli, then home to a few Roman ruins and some shrubs, while staying near Positano. He proceeded to buy it, build some lovely villas on it and he converted the ancient Roman watchtower into a ballet studio. The scene enticed visitors such as Jackie Kennedy, Sofia Lauren, Ingrid Bergman {maybe after she shot Stromboli} and a smattering of royalty. In 1988 it was purchased by Russian ballet great Rudolf Nureyev who refurbished one of the buildings in a Moorish style and adorned the walls with a gorgeous excess of blue and white tiles from Seville. 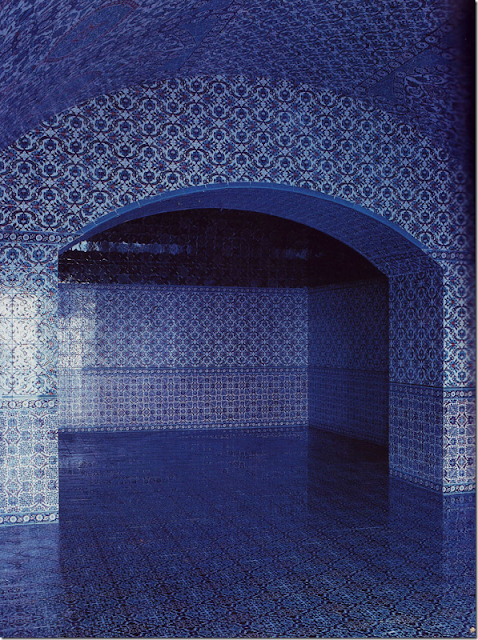 Aside from the Odyssey reference, I didn’t know all of this at the time, but knowing that “the” mermaid island was near, I just had to get a little closer to see what I could see.
The night before, the last evening of our cruise, we went to the delightful hotel by the same name. Sadly, my interior images didn’t turn out very well, but here is the exterior, the rich red colored gorgeousness built into the hill. Le Sirenuse is a former grand summer home turned lovely boutique hotel by the family that owned it and the Neapolitan brothers still operate the hotel with intimate care and attention, as they would their family residence. 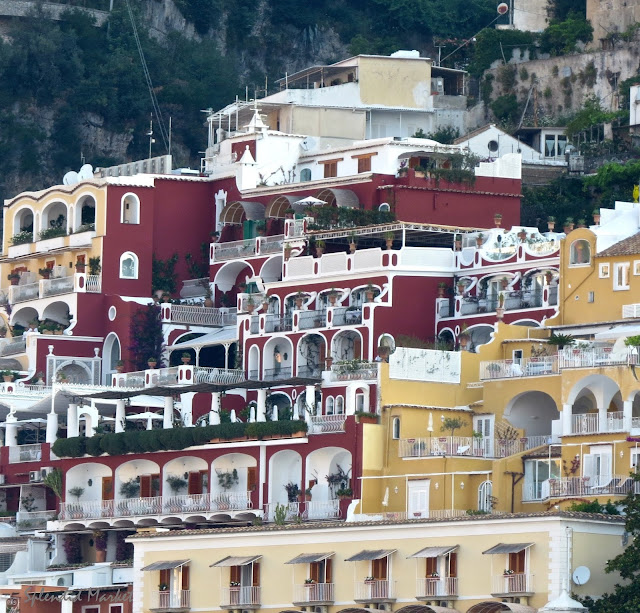 Oh, how it pained me to hear the anchor lifting while watching the beach clubs being set up on the beaches of Positano that morning.  Those beach umbrellas were singing their own enticing song to me, loud and clear, but Le Sirenuse was calling as well. 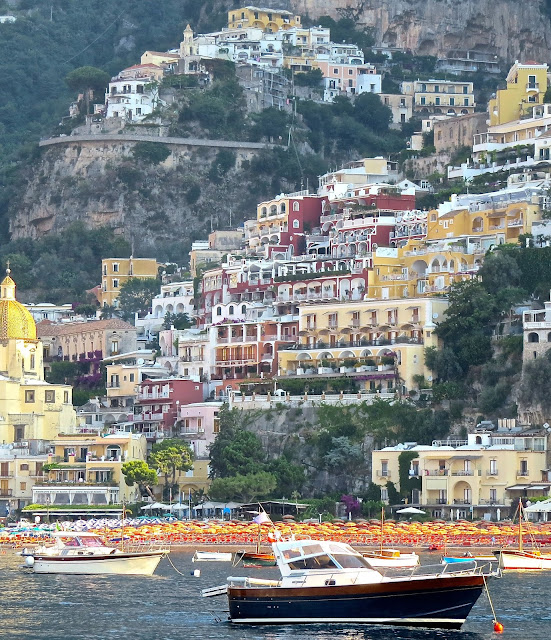 Truth be told, we were most inspired to hike up the hill that night in hopes of visiting the famed Emporio Sirenuse  in hunt of caftans. Sadly, it was closed by the time we got there. But, after enjoying a lemoncello or two at the hotel, what we really wished we could have shopped for were some of their elegant, delicate glasses from Venice. Thankfully, we can all browse the the aisles now any time of day or night at Emporio online. 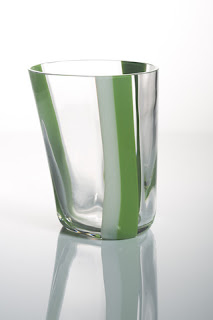 After lifting anchor, we approached with a bit of caution, our crew reported that a boat that got too close to the island once was sent a serious warning shot over their bow to keep their distance. 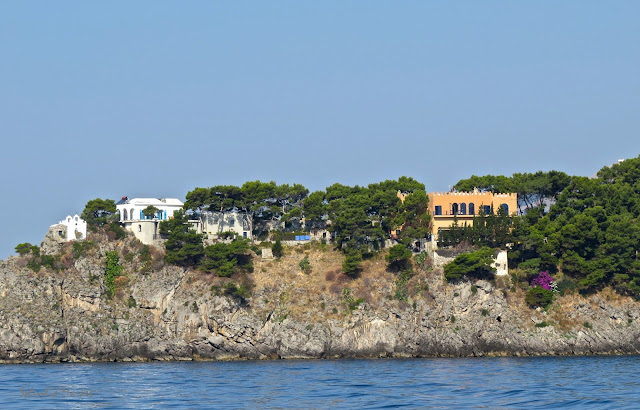 While marveling at the exteriors I had no idea that the interiors of the villa to the right, now called Villa Giovanni, were furnished in a rich Moorish style, ala Mr. Nureyev. 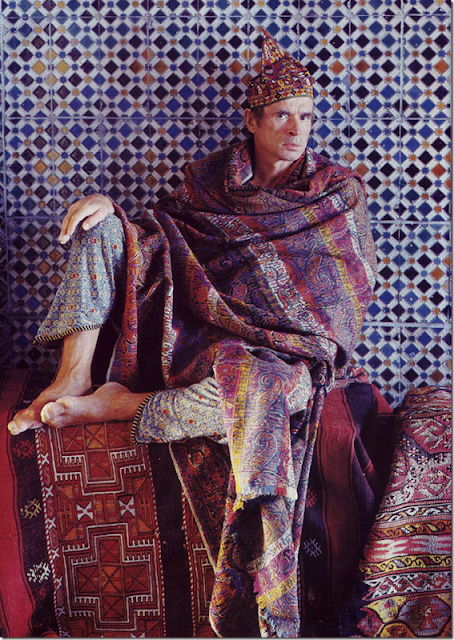 or that it concealed this elaborate blue grotto of a bedroom looking out to the pool. 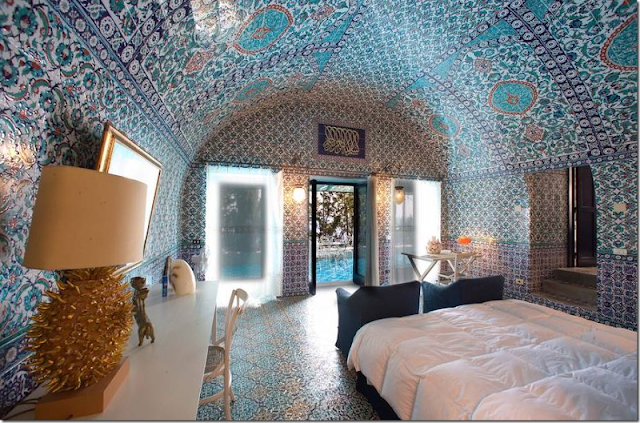 and many other enticing rooms, once draped in Nureyev’s beloved thickly woven Kilims. 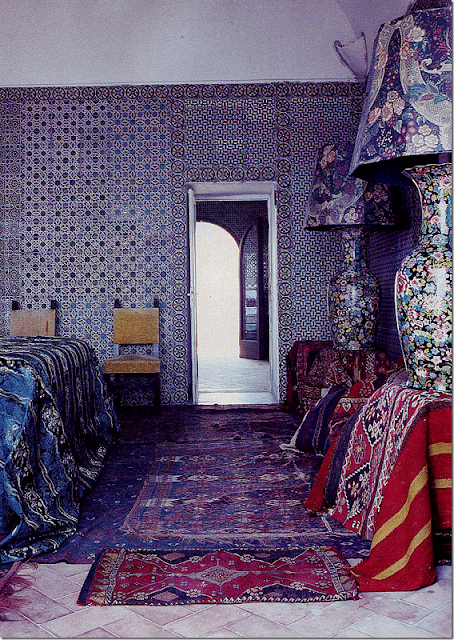 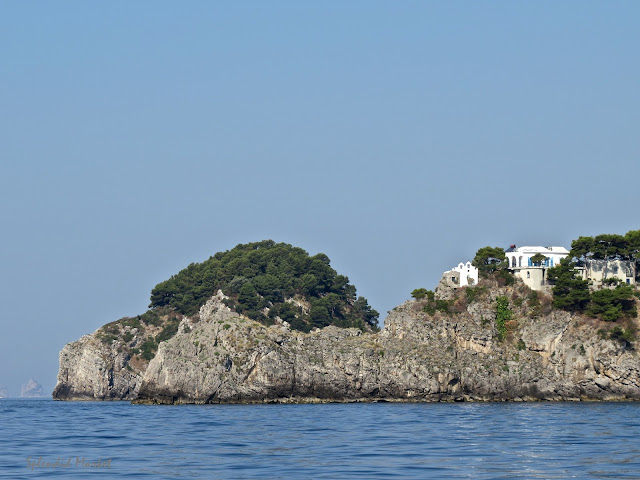 I didn’t realize that morning that this ethereal suite could be found in the main house, white with blue trim above. 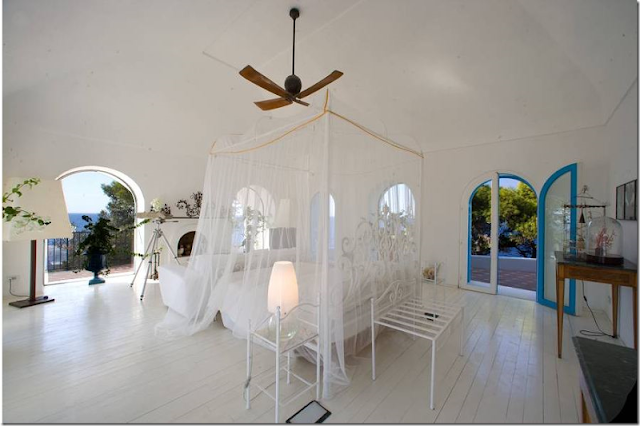 looking out to the sea and the gardens.
Nor did I realize that the small building next door is this private chapel, which holds 20. Is anyone planning a destination wedding soon? I make a great bridesmaid! 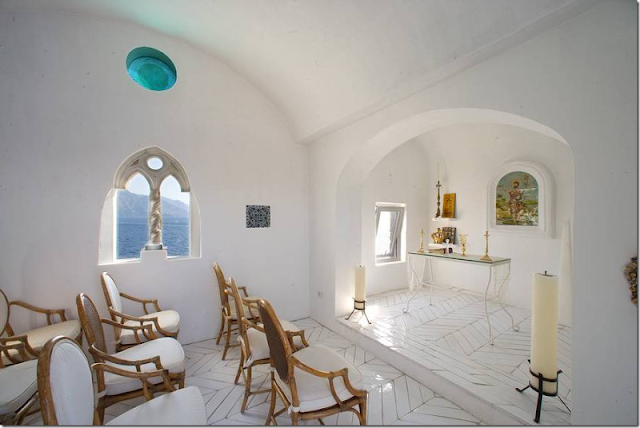 The watchtower is said to hold a performance hall. 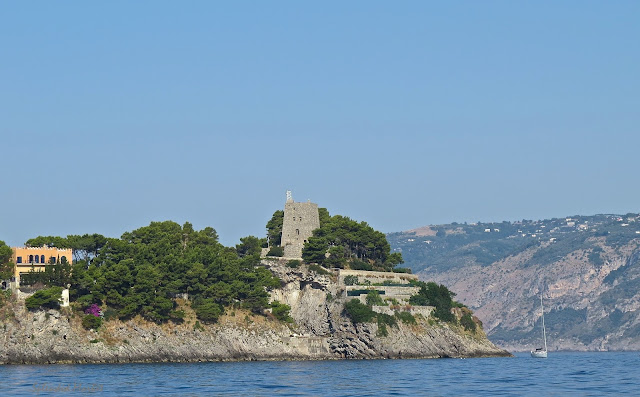 The island is currently for sale and it can be rented as well, for a price, of course. 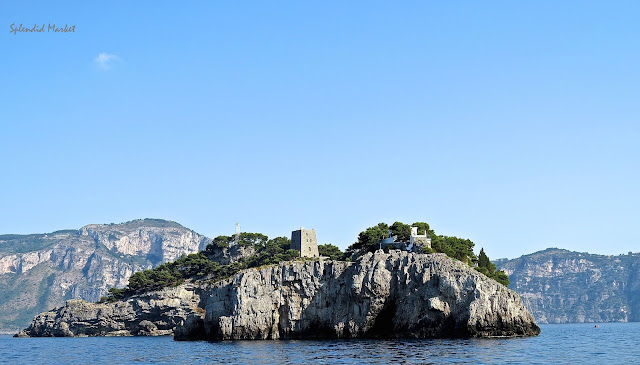 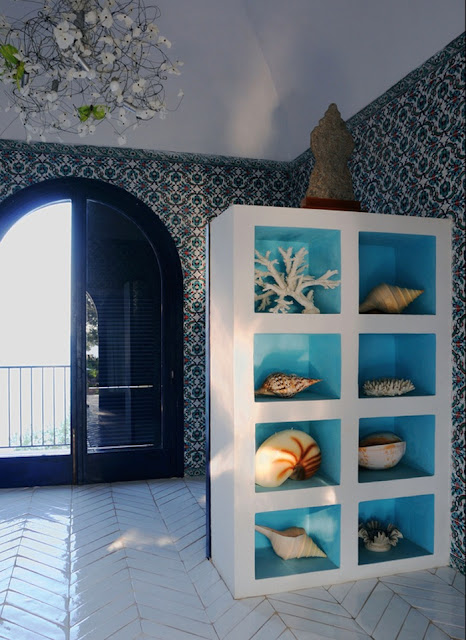 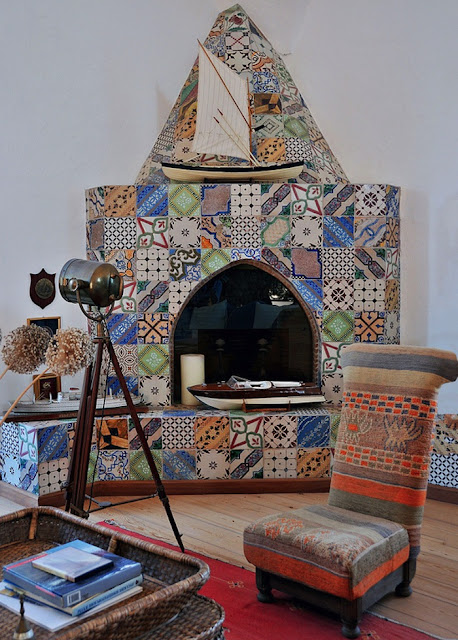 I found the interior images from a fascinating blog I’m now following called Messy Nessy Chic, hop over there for more history, drool worthy images and even a link to a b & w film of Leonide Massine, shot on the island that will give you even more appreciation of this very special and isolated isola.
Oh, and click on Atlas of Remote Islands if you or someone you know shares my passion and curiosity for isolated rocks in the sea, this book is a great read and gift.
Finally, here are the words of wisdom:
“Next you will come to the Sirens, who will beguile all men that approach them. Whoever encounters them unawares and listens to their voices will never have joy at reaching home, his wife and children to greet him. Instead the Sirens’ tempt him with their limpid song, as they sit there in the meadow with a vast heap of mouldering corpses, bones on which hangs the shrivelled skin. Plug your comrades’ ears with softened beeswax lest they listen, and row swiftly past. And if you must hear, then let them first tie you hand and foot and stand you upright in the mast housing, and fasten the rope ends round the mast itself, so you can delight in hearing the Sirens’ voices. And should you beg your crew to free you, let them only bind you more tightly”. Homer: The Odyssey Book XII
40.628965414.3519584

« A peach of a breakfast bowl..
Hiking the path of the gods, Positano, Italy… »