I always love a chance to visit other peoples creative spaces and the art studio of local legend David Wegman did not disappoint. 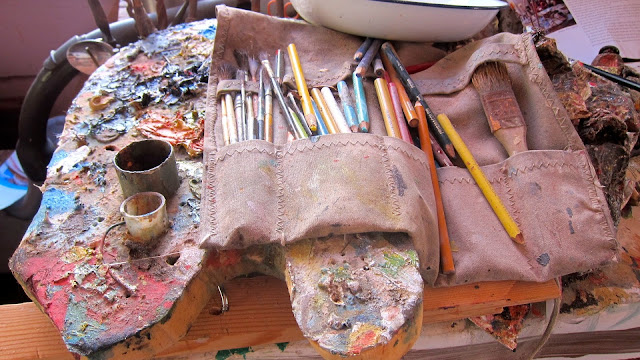 His palette has flourished over the years. 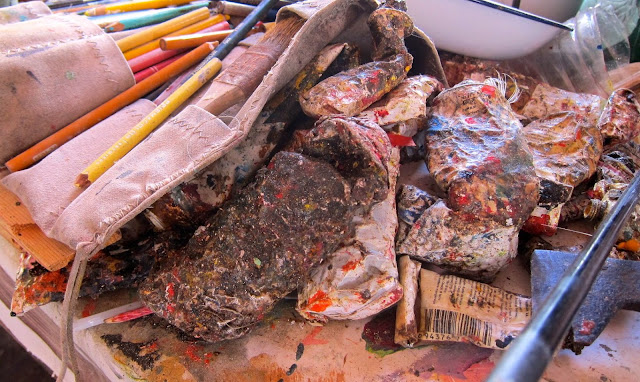 As you’ll see the sky is the limit. In fact, one of my favorite features of the studio is the mural that he painted on the wall across the courtyard from his window. I’m not sure what was there before, but for now it’s endless blue skies and {extremely quiet} seagulls.

Wouldn’t it be nice to be able to just paint whatever view we would like to look at each day? 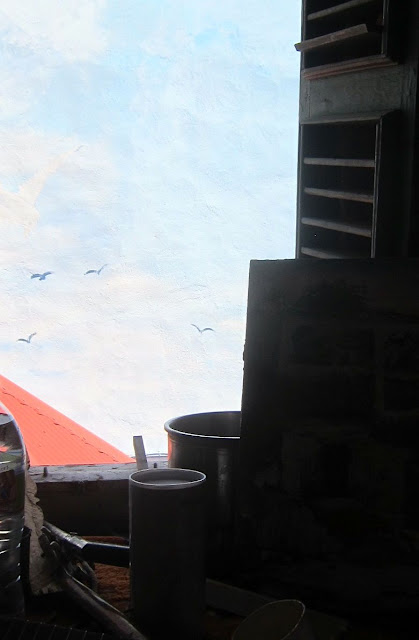 This artist spends his time in his studio above Le Select, sailing around the islands on his boat The African Queen IV and at a house on a lake in Maine. He’s emblematic of the saltier, earthier side of St. Barts, and travels with a group that lives a truly laid back island lifestyle.
The room is completely filled with art and relics. One of the most famous pieces in the studio is the original sign he was commissioned to create for Le Select, a courtyard gathering spot, widely considered to be the soul of St. Barts. Owner Marius Stackelborough opened that ultra-casual eatery back in 1949, and watched it grow in popularity, especially after Jimmy Buffet wrote a song about a simple cheeseburger he enjoyed in that paradisaical setting.
I loved this photo of Keith Richards playing on the island. Reportedly, the rockers look at this concert is what compelled Johnny Depp to use the this Rolling Stone as character inspiration for his role as Captain Jack Sparrow in The Pirates of the Carribean movie series. To the right is the guitar Keith Richards is using in the photo, hanging in the studio, signed by Mr. Richards, naturally… and I’m pretty sure they said the other the other well worn guitar is signed by Jimmy Buffet. 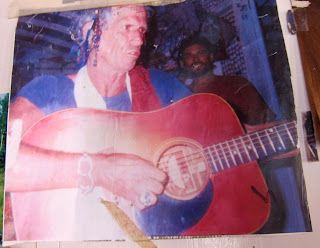 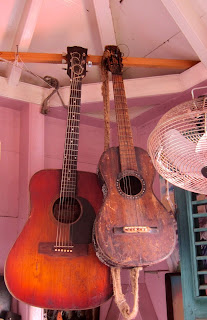 Back in the 90’s Wegman took 8 years to circumnavigate the globe on his schooner, the African Queen IV.  He created art along the way, which helped him hone his craft and fund the voyage. Most of his art reflects his love of the sea,
island life,
music, 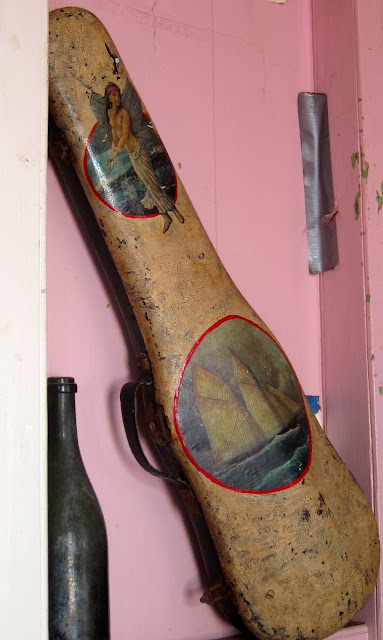 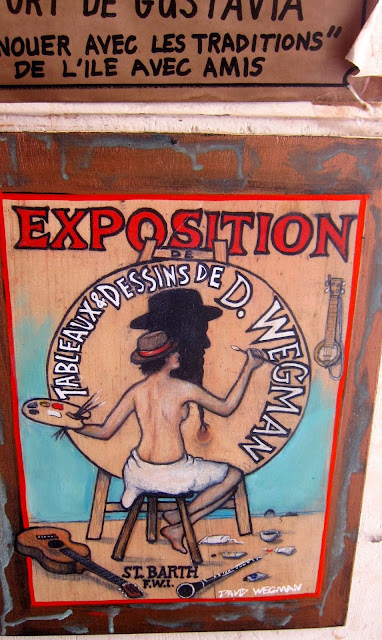 I first met the artist on the beach when he and his friends, came to shore in the beautiful blue weathered rowboat featured in come away with me. 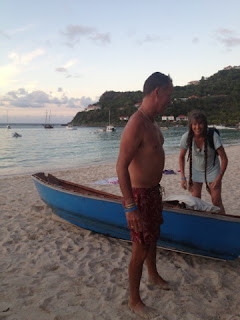 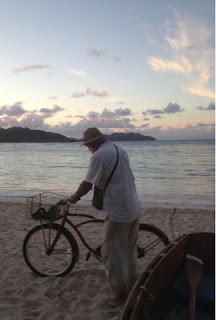 For a little more insight on this creative salt, you might enjoy this local pirate legend he likes to share, and for more of his art, click on artistspace.