You’ve probably heard the term “The Big Five” in reference to safari.  Sadly, this list originates from the hunters who were naming the most challenging African game to kill. But it’s a catchy phrase, so it’s been adapted by the kinder visitors who were interested in just shooting a photo of these amazing creatures. Spending time with these animals, and so many more, I really can’t understand how anyone could shoot any of them and feel proud. 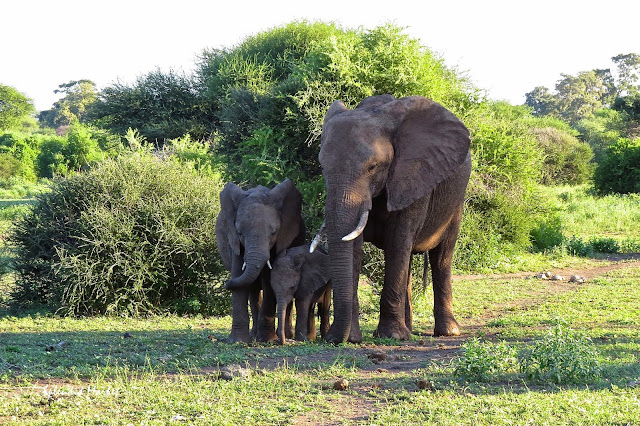 On the list are the African Lion, Leopard, Rhino, Elephant and Cape Buffalo, and we saw 3 out of the 5 on our trip.
Nature conservationists tee’d off on this term and came up with list of smaller, often unnoticed critters of the bushveld  {the lowland savanna filled with “scrub” vegetation}, critters with traits resembling the more famous quintet.
We saw a couple of the “Little Five” on our ventures across the savanna, beginning with the Elephant Schrew, so named because of his long nose.
Several of them were darting around on the warm rocks we relaxed upon after hiking up for a sundowner one night. They fearlessly nibbled up every crumb of freshly popped corn we dropped as we gazed out at this incredible view and the rising crescent moon.
While trotting across the desert one day I noticed and interesting colored rock, which turned out to be another member of the Little Five, the Leopard Tortoise.
So named because the similarities of the patterns on their shell and the leopards coat. Here’s a leopard we spotted ambling along the river bed one afternoon on a game drive. From the protection of our Land Cruiser jeeps we were able to get much closer to these fierce killers. 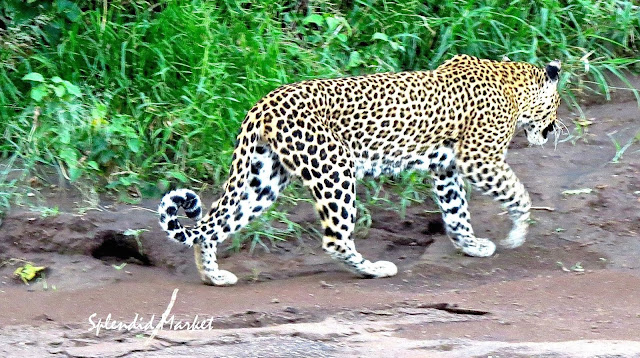 We did see lions one day, but we were on our horses, so we could only take a quick peek at them, from a down wind position and I didn’t have time to snap a shot.
The companion critter to the King of the Beasts is the Lion Ant, see the similarity in their “coats”?
Even with the stiff regulations to protect them, the Rhino population in these parts is severely depleted due to illegal poaching. Here is the companion bug, I don’t need to explain why, right?
Buffalo Weavers are a more common sight than the Water Buffalo, which has also been over hunted.
Even more prevalent are their hanging basket-like nests. The females of this breed truly rule. Their male partners are expected to build nests during the breeding process, and then the females come to inspect their work, if they are displeased they tear it to shreds and the poor fellow has to start all try again. 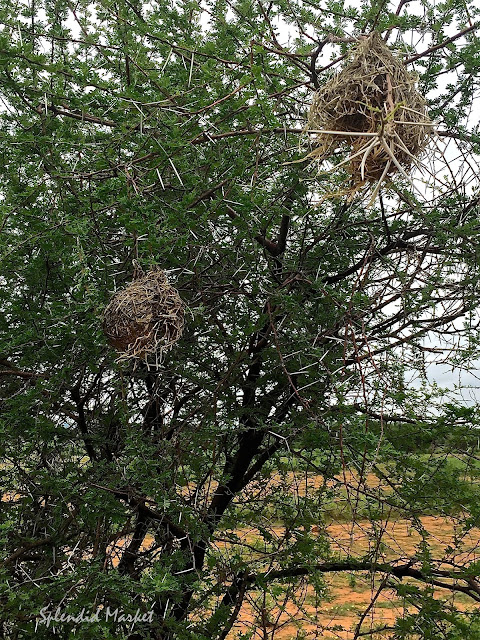 But there are many more animals of note beyond the Big Five, 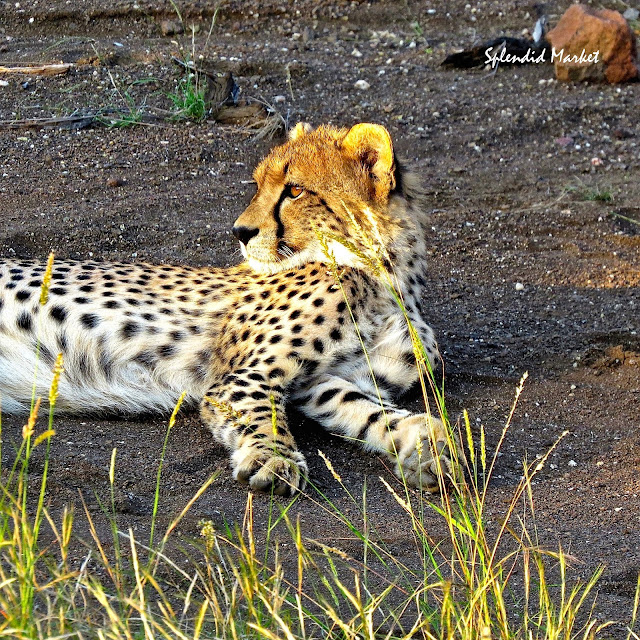 These sprawling cheetahs looked so soft and glamorous,

I wonder if they would have noticed if I had slinked over to join them for an afternoon siesta {my leopard wear may have set them off}. 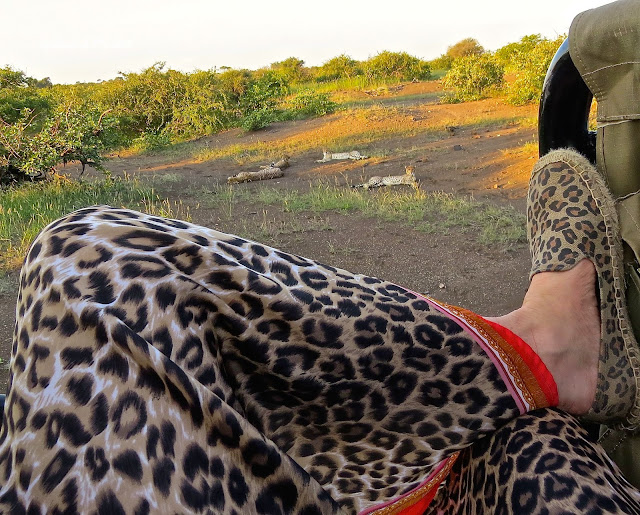 There were plenty of less dangerous animals we were able to get quite close to on horse back. This is the Kori Bustard, the heaviest animal capable of flight, watching this bird lift off is truly a feat to behold. 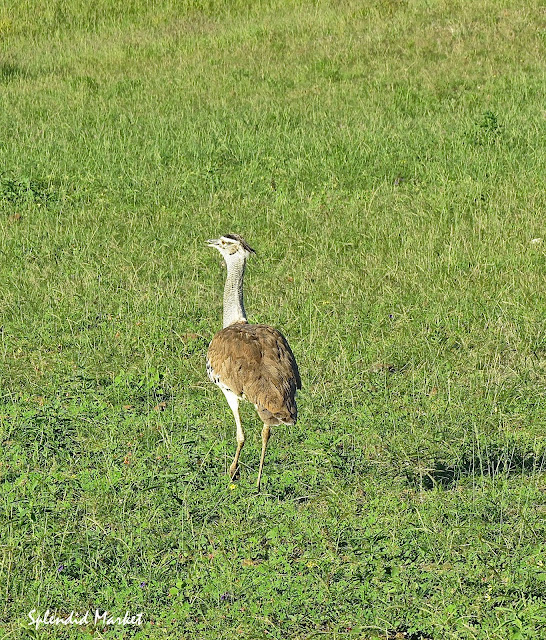 It’s no wonder that the fashion world is continually inspired and influenced by the beauty of African animals. One of my favorite creatures to watch on the continent are the Ostriches. With their elegant gate and fanciful frock of light and lilting feathers. 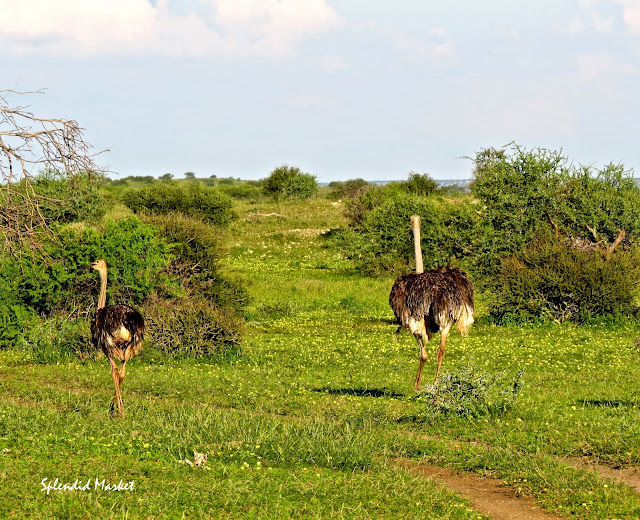 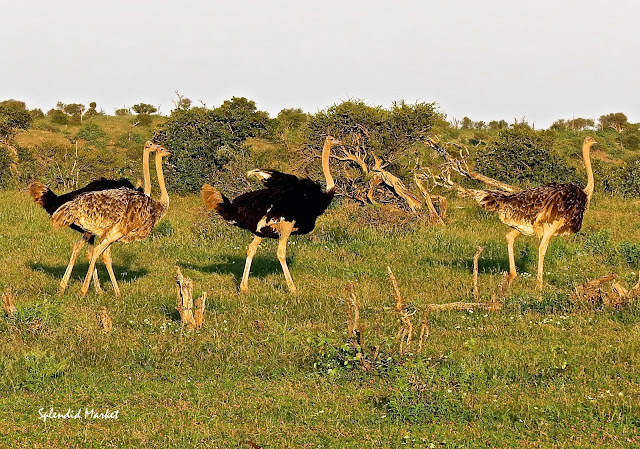 Our most memorable animal interactions were with zebras and giraffes, thanks to the fact that we were on horse. One day our guide led us on a canter near a huge herd of zebras and wildebeests who joined in and ran alongside us. 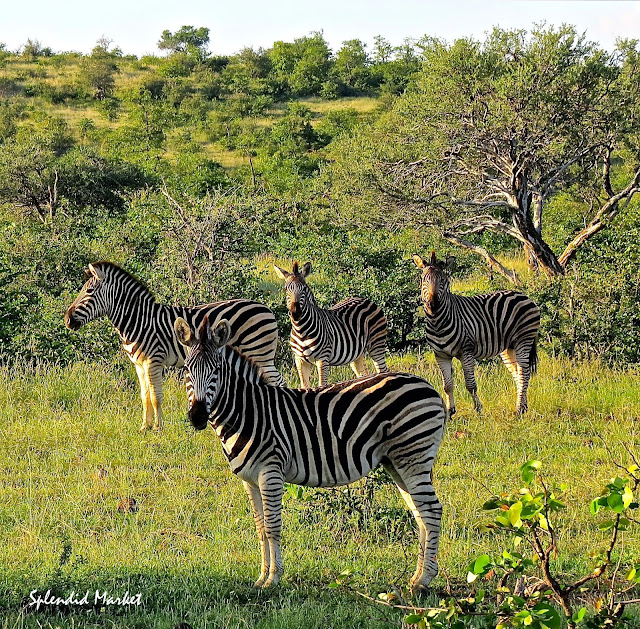 Thanks to our 4-legged friends, this giraffe allowed us to come close as he enjoyed his tree top snack. 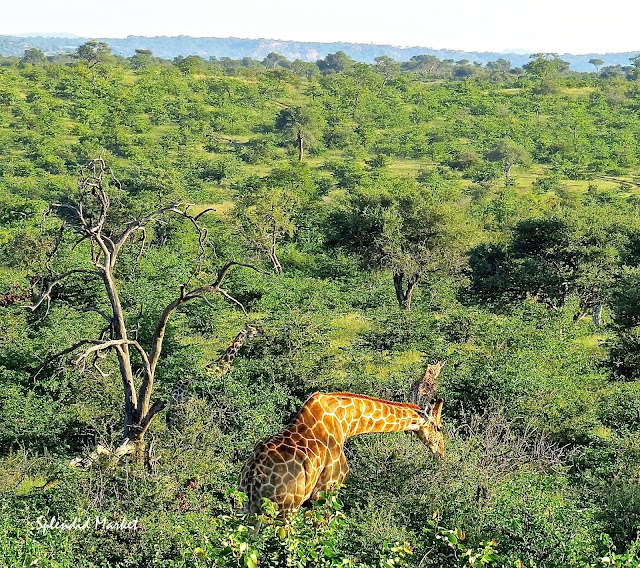 As we headed up the hill beyond he keep looking up at our horses, maybe he was hoping they would come back to play. 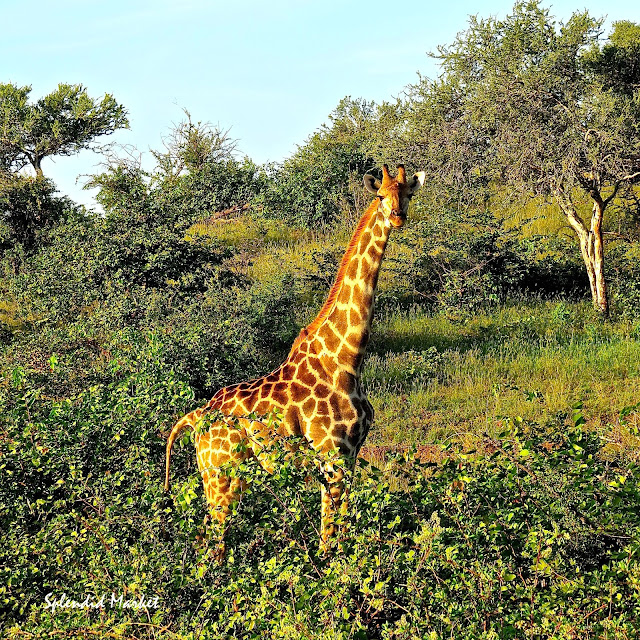 How you can tell the paella is ready. Making paell

This Paella is ready to party. Find my master reci