Grasse is known as the perfume capital of the world. In addition to Fragonard, the parfumeurs Galimard and Molinard open their doors to the public and offer tours and other learning opportunities about this fascinating industry.
Because of it’s inland location, jasmine, roses and mimosa flowers have thrived in this climate. Leather tanneries used to be the primary business for this medieval town. The two industries came together when one of the tanneries started using a floral essence to cover the unpleasant smell of their gloves. Scented gloves became the rage in the royal circles and the perfume industry in Grasse was launched.
La fabrique de fleurs, where we made our perfumes is in the outskirts of town. In town, Fragonard has museums and retail shop. Our favorites were La musée provencal du costume et du bijou, a display of  the beautiful, block print floral outfits the ladies wore while picking the flowers in the village, their jewelry and their ornate tools they used for their work.
We also loved Fragonard Maison, here vibrant block print style cottons provided cozy covers for home furnishings. 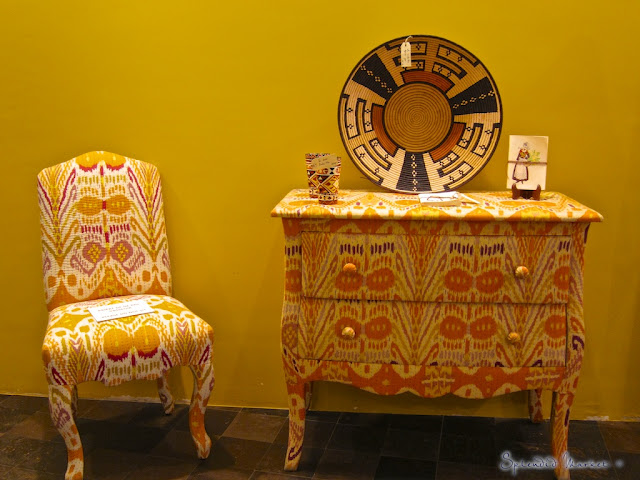 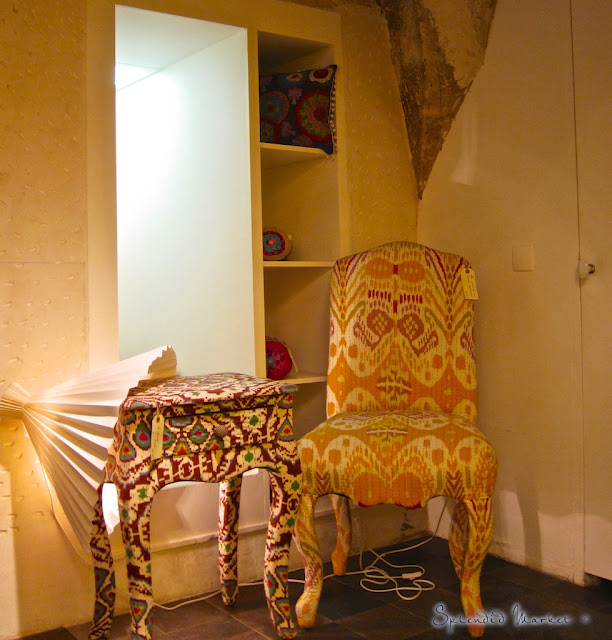 The traditional printed Provencal fabrics were influenced by Indian printed cottons imported to Marsailles in the mid 1600’s. 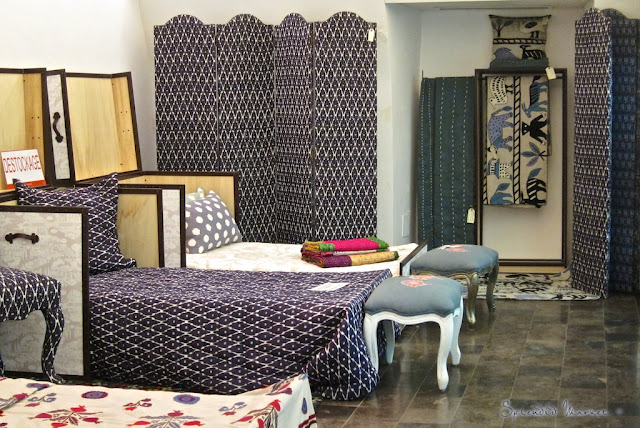 Hmmm, on a side note… do I detect shades of Monaco Blue, the Pantone color for 2013 in the coverlet below? 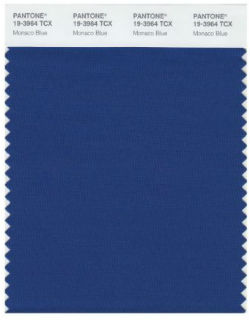 I do believe so. 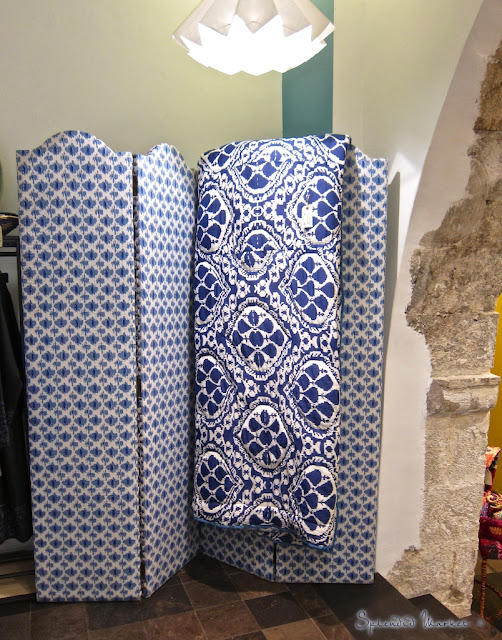 Speaking of India, the town of Grasse is filled with ancient stairways and winding, wonderous paths which we followed in hopes of finding Le New Punjab, an Indian restaurant we were curious to try. This restaurant far exceeded our expectations, the Tikka Masala and Murgh Vindaloo were wonderfully spiced and fresh, combined with garlic nan and mint tea it was a luscious lunch. I would definitely recommend this restaurant if you come to the area. They have a beautiful grassy courtyard, which would be a lovely place to lunch in the warmer months. 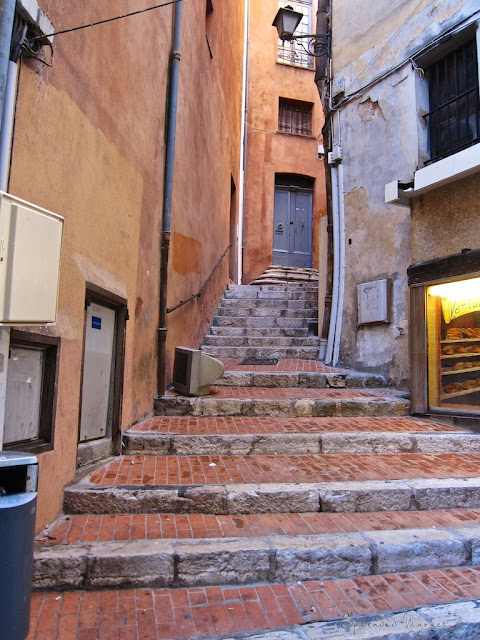 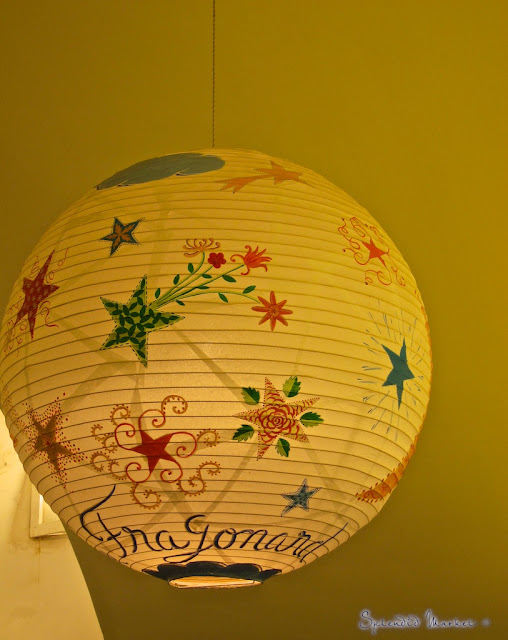 Many of the newly announced colors Pantone identified for the coming Spring fashions and furnishings can definitely be found in the lantern shade, at Fragonard Maison above, maybe all of them, isn’t that uncanny? 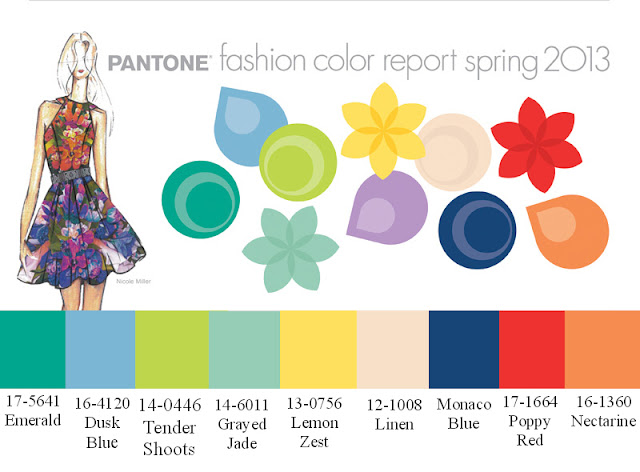 I had a feeling that they would choose a blue this year. At first I thought that the Monaco blue had too much purple in it, then I realized that the color is very close to the color of the Splendid Market logo {well, until today, didn’t Shari at Little Blue Deer create a marvelous new logo for the market?}, and the labels on the side bar {still in Monaco Blue}. I remember when I was working with the designer we went back and forth trying to develop a deep, deep blue with a minimum of purple, and it was a challenge. Also, the purple tone seems to change {lessen} depending on the background. My appreciation for Monaco Blue is growing.
What do you think of the Pantone colors for this year?