Oh my, all in one day, prickles, Disneyland design inspiration and a Marie Claire photo shoot, so much going on down there in California {did I mention prickles?}. Here’s the glorious Pacific stretching out to the edge of the earth, and look at this abundant crop of Cacti growing on the edge of the cliff bearing beautiful, red, ripe, prickly pears. 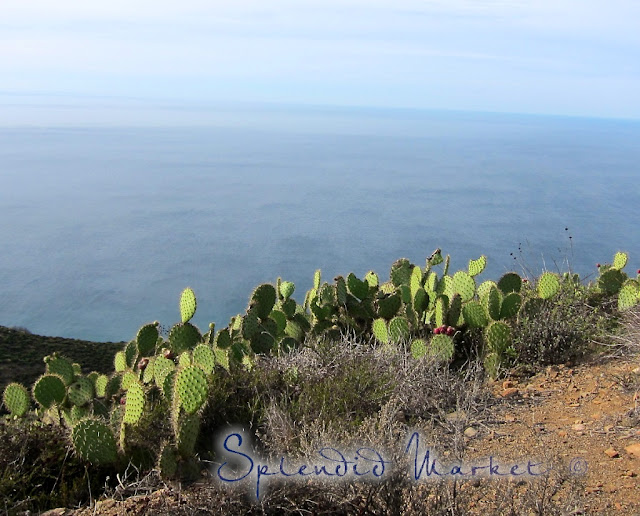 Now, I know that no one likes unsolicited advice, so forgive me here, Splendid Readers, because I am about to dole some out. Here it is: if you ever see beautiful, ripe prickly pears and feel like picking them, please do not do so unless you are wearing very, very thick gloves, because, they are, of course, prickly, even though they don’t look like they are very prickly. 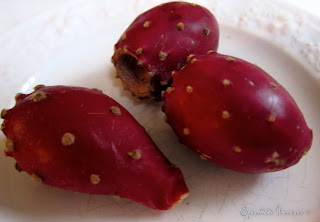 And if you see one cut open and really feel like tasting it, you probably shouldn’t do that either, because the prickles are nearly microscopic and and you can’t really see where they are very well, and they are just as happy to prickle the inside of your mouth as they are to prickle your hands and fingers. The prickles won’t harm you, but they are quite irritating, and if you are at the beginning of, say, a 10 mile hike, it will be very hard for you to think of anything other than how to remove those prickles during the ENTIRE trek.
If you do get prickled, I hope you’ll find some interesting distractions along the way, just to take your mind off of your prickly predicament. Here are some sights that helped me out in just such a situation.
One of my favorite sights on the Chaparral were the fields of Purple Sage. Way past their bloom stage, the plants had dried to the most marvelous shade of gray. When I broke the pods they released a musty, sagey scent, it didn’t draw the prickles out, but I wish I could bottle that scent. 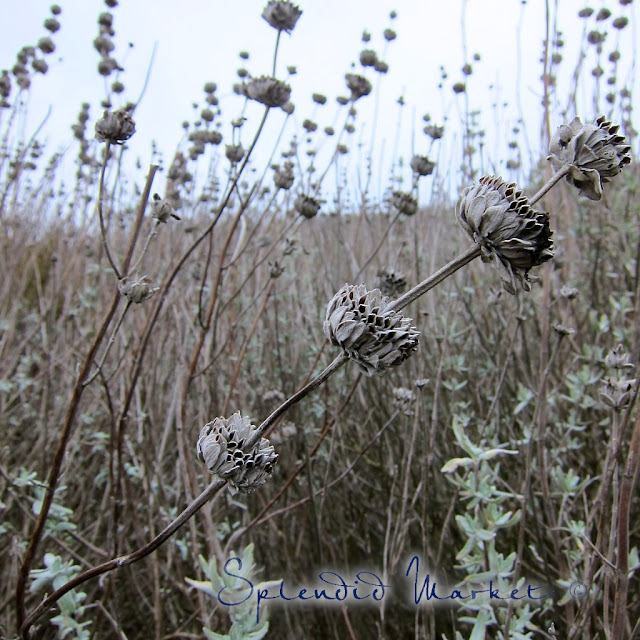 Along the way, I realized that some of those brilliant Disneyland Imagineers had hiked on this trail as well. When I go to Disneyland I always marvel at the attention to detail these Imagineers put into every square inch of the park. Being a recreational student~of~nature myself, I am particularly impressed at how brilliantly they interpret and incorporate nature into their attractions. Here is a perfect example of this. What does the rock below look like to you? 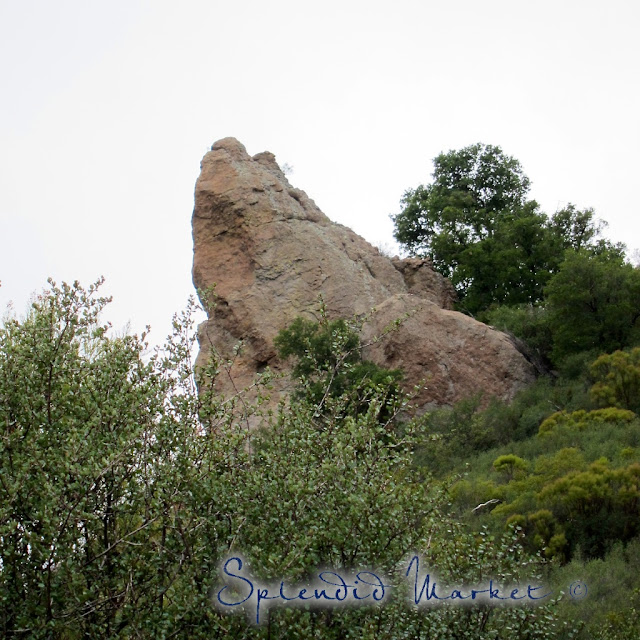 To me, it looked exactly like the growling beast on my kids favorite ride at Disneyland’s California Adventure Park, the Great Grizzly river rafting ride {aka Grrr}, see the similarities? 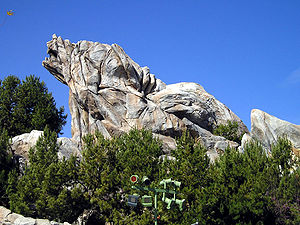 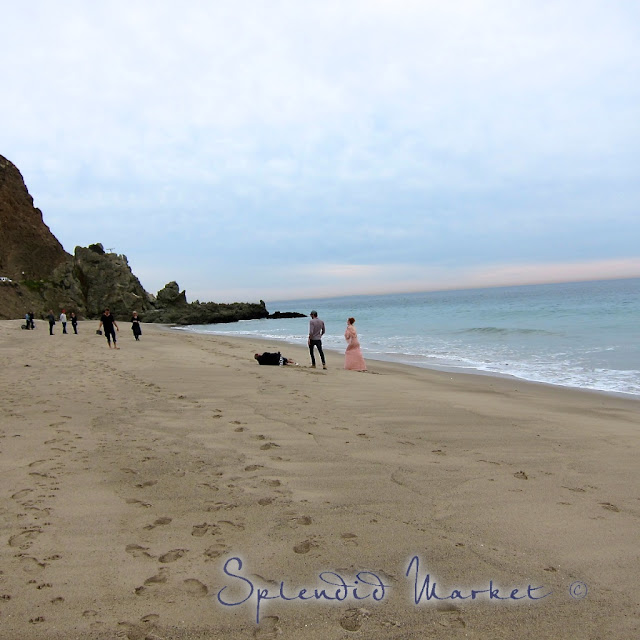 As we got closer I realized that it was a photo shoot of a model in a lovely coral colored dress. 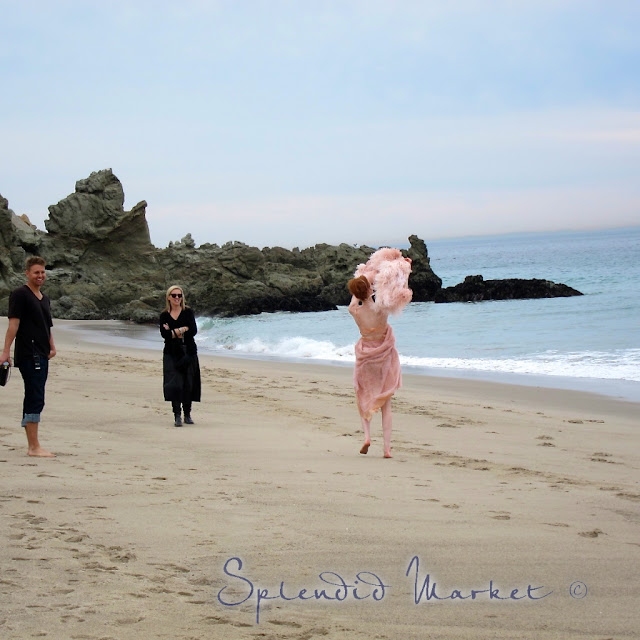 She was surrounded by stylists and directors as she frolicked about in front of the roaring Pacific. 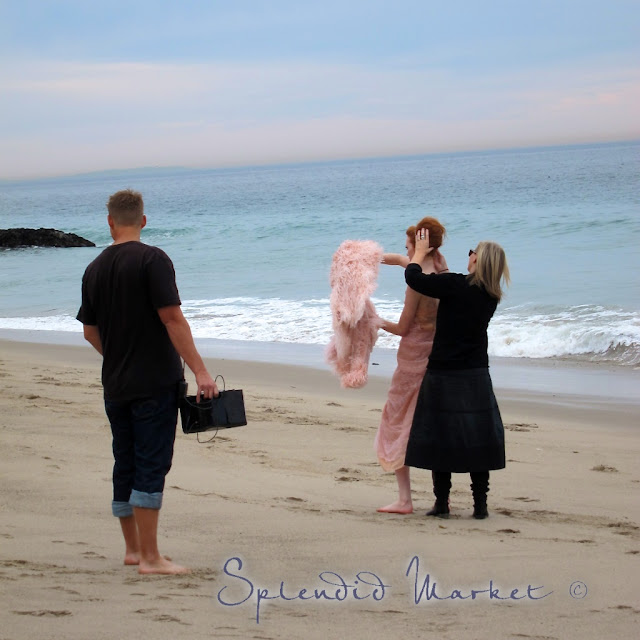 A speaker blared out music for her to help her keep her move on. 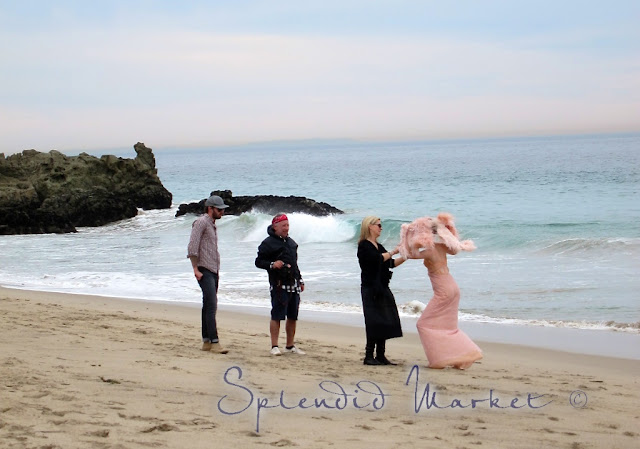 The shoot was for Marie Claire magazine. 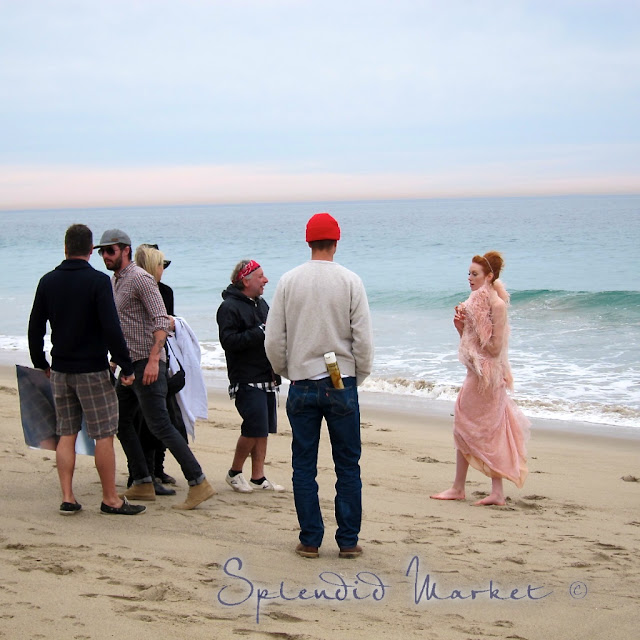 Any tweezers in those napkin rolls? 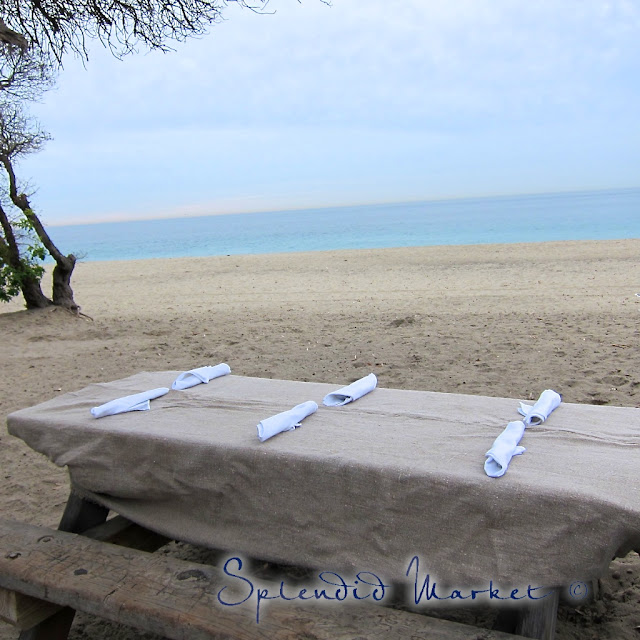 « Splendid Granola…
It’s beginning to smell a lot like Christmas…. »