It’s become a popular thing in the Seattle area.  Is it happening in your town?? 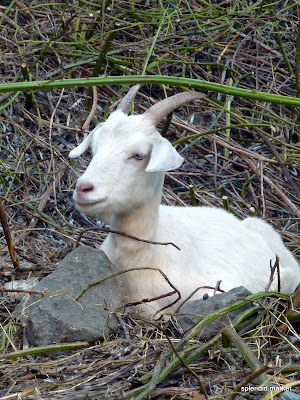 Instead of spraying, or cutting and hauling unwanted brush, one can now hire a Herdsman to bring over a flock of goats.  In a few days, the space is
cleared to the ground, and the goats are happily fed.
I first became aware of this new business while driving down the freeway a year or so ago. Out of the corner of my eye, I noticed a spread of color, as I looked more closely, I realized it was a flock of goats, one of my favorite animals.  The large flock was peacefully grazing upon a tangle of vegetation that had overtaken a large portion of unused space.Soon thereafter, word began to spread in our neighborhood of a flock of goats which had taken up temporary residence.  Like many others, we visited the scene and were delighted to watch the four-legged crew, clearing a steep piece of property of years of brush growth. 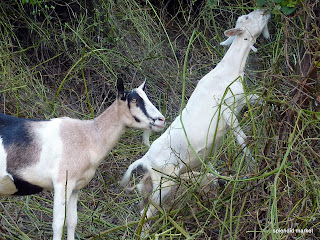 More recently, a close friend, a transfer from South Africa, hired a flock for a similar, steep, jungle-like situation. She and I both have a love of goats, but for different reasons. 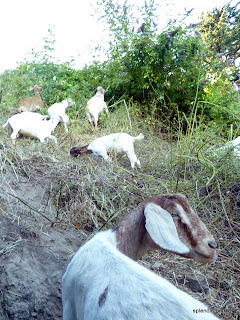 She loves to consume goats, I love to pet them!   But we both enjoy eating goat cheese, especially when served with figs, honey and thyme. 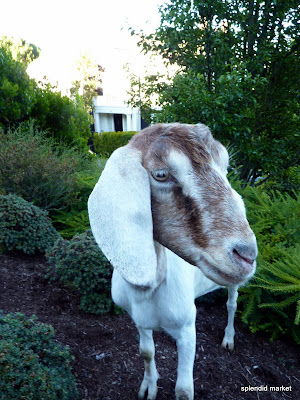 We also love the name of a South African wine featuring this beloved creature.

From time to time, we all get “emergency calls”, these generally bring on various feelings of dread, fear, sadness or regret and a sense of urgency. 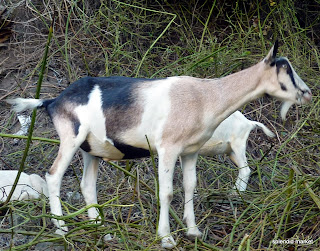 Tonight, I received an emergency call, to which I was thrilled to respond.   Lassos in hand, my son and I headed out to coral some goats who had “gone to the other side”. 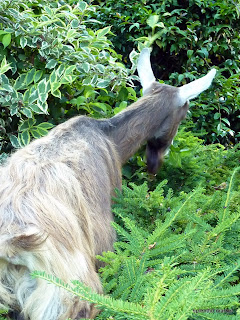 While my friend was dealing with another flock in London, and her husband was focused on a stag party on the lake, the goats had tried to make a break. 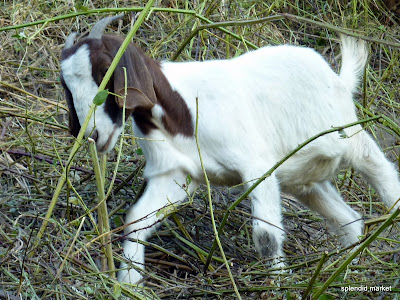 They had overcome the floppy electric fence, which for some reason was no longer providing the deterring shock as planned.  The Herdsman was absent, perhaps at dinner. 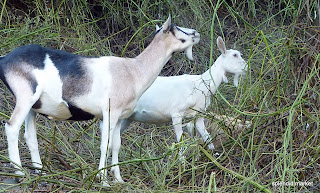 The goats had had their fill of blackberry briers, and apparently found the neighbors roses to be quite enticing. 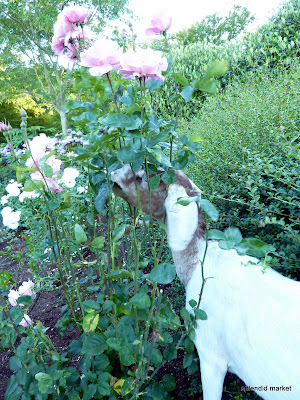 So, to the neighboring grounds we went, where we found the goats, munching away as they will, but very much on the wrong side of the fence. 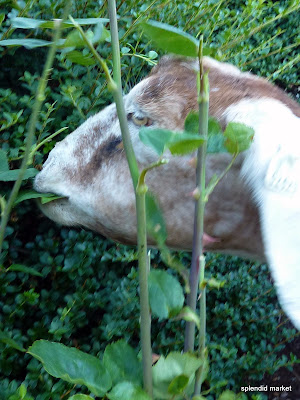 A team of neighbors and friends had gathered.  We pulled and pushed, coaxed and prodded, slid and climbed… 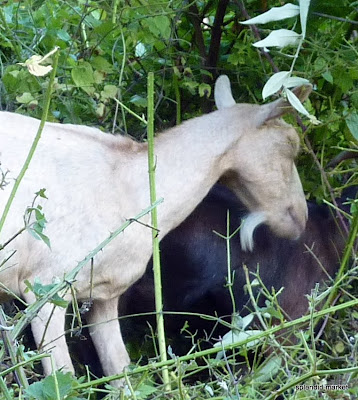 until all of the goats were safely retained again. 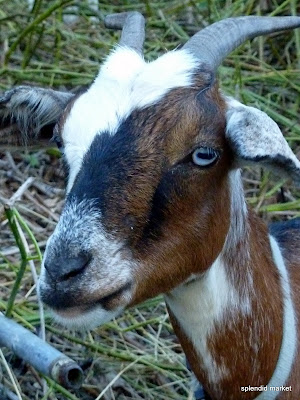 The “goatlady” rents sheep for clearing grasses, and goats for the more serious stuff.