Anything wrapped in bacon!
Vic Bergeron, the original owner of Trader Vic’s is known for bringing rumaki to the mainland. He said this hors d’oeuvre came from Hawaii, with Chinese and Japanese influences. Traditional versions have been made with marinated scallops or chicken livers and a water chestnut slice.
This version was regular cocktail fare at the Balboa Club in Mazatlan, Mexico, a long time hunting and fishing club on the Costa del Oro in Sinaloa. Prepare plenty of margaritas and enjoy this spicy south of the border interpretation. 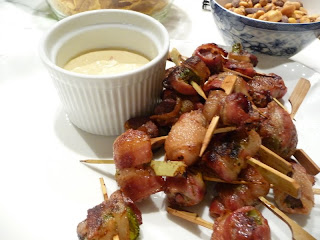 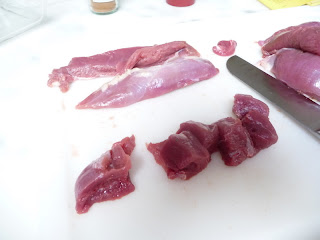 12 ounces bacon, slices cut in half 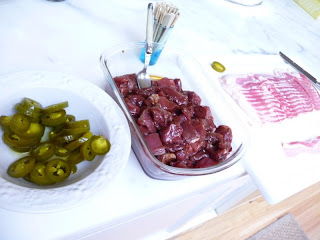 Assembly
In the center of each slice of bacon place a jalapeno slice and a piece of duck. 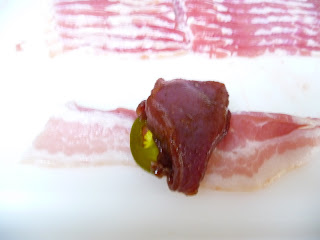 Wrap the bacon tightly around the duck and pepper and secure with a toothpick.
Prepared rumaki can be refrigerated over night until ready to cook.
Preheat oven to 400 degrees. Place rumaki on tray and position on center rack of preheated oven. Bake for 30 minutes, shaking occasionally. 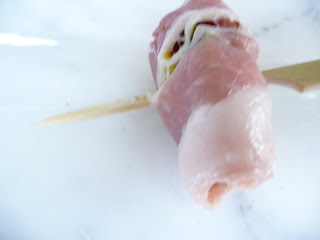 At Splendid Market we always make fresh salad dressings. They take minutes to prepare and taste so much better than any bottled dressing. The fresh vegetables and quality refrigerator staples used in this dressing make a delicious concoction. This takes seconds to make in a blender and it will last for a week in the refrigerator. The dressing is great on salads, sandwiches and it is delicious as a dip for duck rumaki. 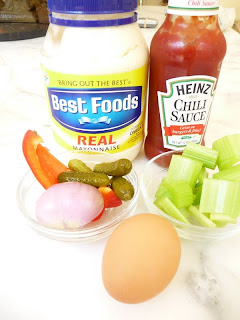 Put all ingredients (except egg) in blender. Cover and blend on a medium setting until vegetables are coarsely chopped (just a couple of seconds). Add egg. Cover and blend just until egg is chopped (another second).
This dressing is reported to have originated the small resort town of Clayton, NY in the Thousand Island area on the St. Lawrence River between Canada and New York State. The wife of a fishing guide, Sophia La Londe, created the dressing at the Clayton Herald Hotel. The owner of the Waldorf-Astoria in NYC was said to have summered at the hotel. He brought the recipe back to the big city and it has been enjoyed and copied ever since! 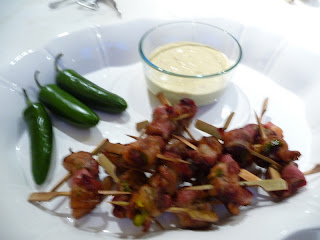