All of Seattle was abuzz with the talk of the “big storm”. Schools were cancelled, roads were salted and our limited fleet of snow clearing vehicles were ready and waiting. As the hours passed, many of us were skeptical, but the reports kept coming on strong. I had a dentist appointment, and as I drove downtown the roads were as clear as could be. Well, actually it was an orthodontist appointment. I thought I was well past the stages of considering braces, but now, I am an Invisalign girl, and I love it! Anyone else? Is this a post~worthy topic??
As I started home, the flakes had began to fall. I knew I would arrive home to my two little chicks, just stretching their wings and stepping away from their private little nests. Knowing I would be driving up Madison, I thought it would make sense to stop at George’s {I’ll use any excuse I can come up with}. Then, given the snow panic, I saw my favorite parking spot, just in front of the unassuming brown awning was available…so, of course I had to stop.
Seattle readers, if you haven’t been to George’s Deli yet, you are in for a tremendous treat.
Those of you who live out of town, worry not, when you come to visit, you too will be able to indulge. Because, really, the only place to stay in Seattle is the Sorrento Hotel, and right across from the Sorrento is George’s. The Sorrento is a classic beauty atop First Hill, just blocks away from the center of town. The restaurants and bar offer many interesting events that bring in a great cross~section of the Seattle set on a regular basis.
As you walk into this small shop, the smell of smoke may be a little overwhelming, because they cure and smoke all of their own meats. These photo’s were taken with my I phone, so they are not the best of quality, but trust me, they meats are. I always pick up plenty of their ham, thinly sliced, for Christmas morning crepes. 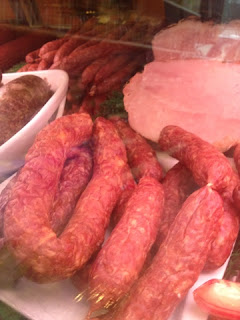 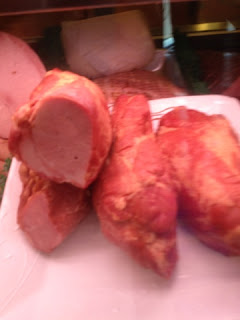 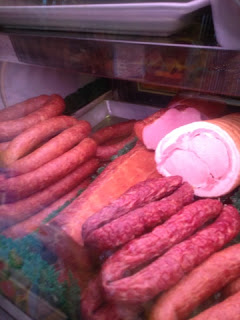 But, let’s get back to those sandwiches. In college, I used to visit a friend in Southern Oregon who’s mother would make us the most marvelous sandwiches to take with us as we inner tubed down the Rouge River. When I spent time in the kitchen with her I learned that the reason her sandwiches were so tasty was because of the quality of each of the ingredients, and the complex mix of items she would put in each sandwich. Combined, they would make a sandwich you hoped would never end. Wonderful spreads, the best quality mayonnaise, mustard’s, maybe a Thousand Island or aVinaigrette dressing, vegetables, cured meats, fresh meats and cheeses, packaged between two slices of the best quality bread made the most irresistible mid~day meal.
I think the key element that makes George’s sandwiches better than the rest, grilled or not, are these thin slices of perky dill pickles, crunchy, yet delicate.
I think even Dagwood would weep! 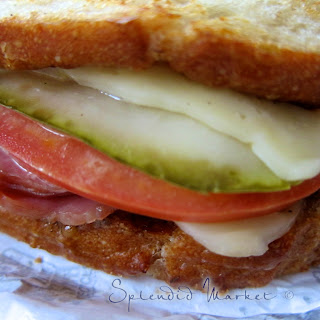 Once I placed my order with a women with a very thick accent there was time to grab a shopping basket and bump around the vast array of unusual food products piled up around the shop. 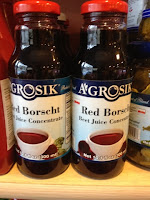 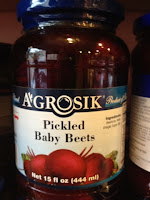 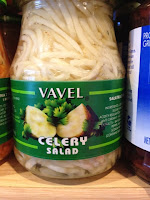 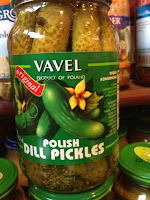 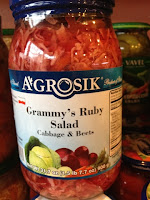 Now, if I were roaming about Eastern Europe, without a map, and had just hopped out of my Trabant and stumbled into this place {and you do really feel you are in a different world here}, given the accents and the products, I would guess I was still in Poland, but very near the German border.
By the time I’d loaded up my shopping basket, including some of their marvelous egg noodles and this yummy poppyseed roll for dessert, my sandwiches were ready.
As I mosied up to the counter, forcing myself not to even look at all of the other unusual treasure that were tempting my peripheral vision, I saw these cups of Landjäger on the counter, regular and hot. I chose hot, I mean, one must be prepared when there is a snow storm brewing, right? 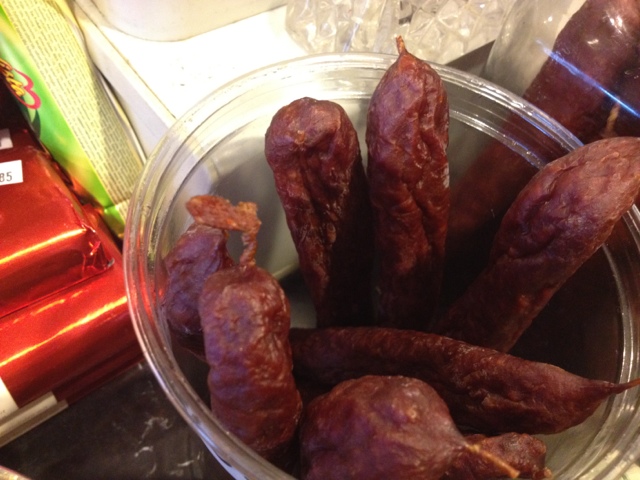 And then there was this amazing array of sweets to take away. 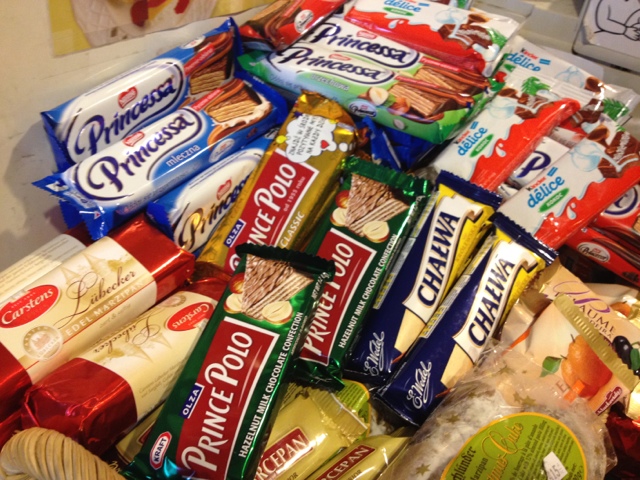 I’m sorry, this isn’t the type of image I really like to display, but this dessert was amazing! It’s a prune, soaked in madeira, and then sort of pureed. the prune/madeira layer in on a layer of marzipan and the whole things is dipped in a wonderful, sharp dark chocolate. You could just put these on a tray for dessert and be done, everyone would think your exotic grandmother made them for you. 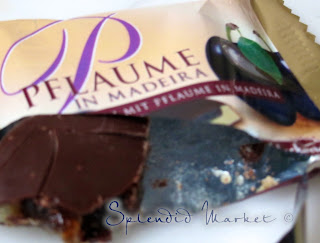 If you wanted to offer a selection, please include the marvelous dark chocolates filled with a warming Kirsch, they are dreamy! 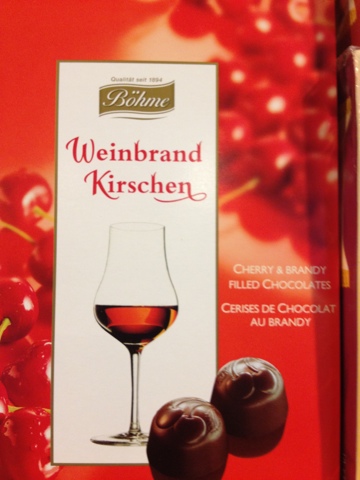