What a nice, warm welcome we experienced on a cold winters eve.   As we approached the art opening at Seattles’ Western Bridge, we saw blazing fires.   Around an ornate fire pit, a crowd warmed their hands. 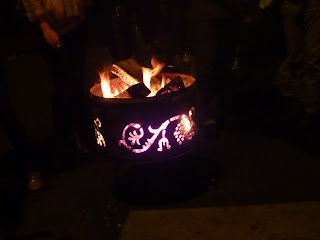 The next blaze was a splendid sight that truly kindled our appetites, it was the flame from one of our favorite movable feasts, the travelling Veraci pizza oven!  Using top quality ingredients and time-honored traditional methods, this truck parks outside the party and serves up wood-fired authentic Neapolitan pizza pies to ones hearts’ desire! 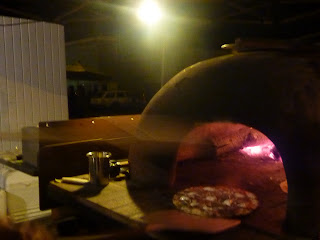 Here are some shots from a previous daytime event, so you can see this beautifully crafted kitchen-on-wheels.   Made of handsome wood and topped with a clay dome, it is a vision, but what comes out of that oven is the true delight! 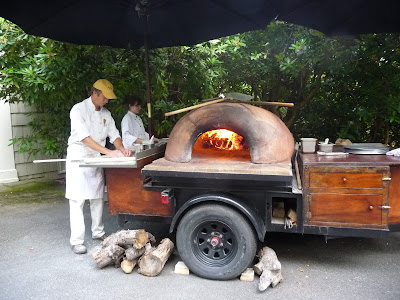 Note the seasoned logs of apple wood — these fuel a fire that creates “a puffed up slightly charred, crisp and chewy outer crust (the “cornicione”) and delicous uber-thin melt-in-your-mouth softer inner crust”.
Oh, yes, these pies are truly delicioso! 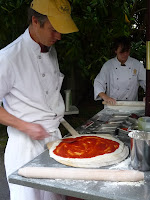 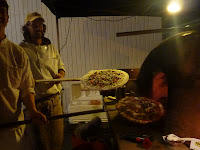 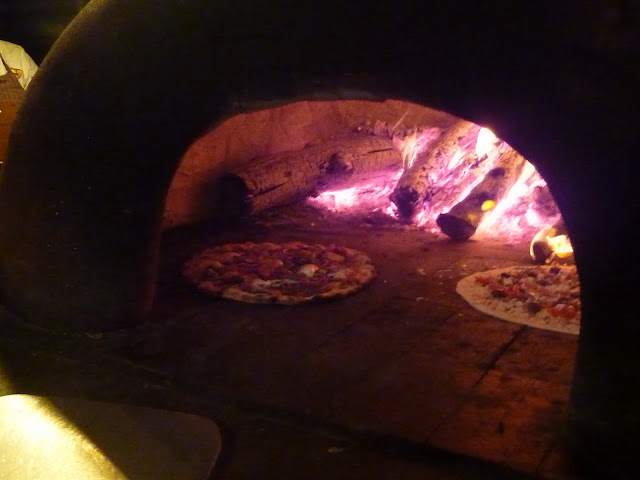 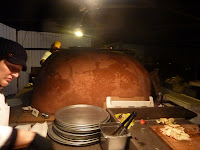 Freshly prepared pizza’s are slipped onto this clay caved deck where temperatures are 1200 degrees-plus! The thin crust pizzas cook in about 90 seconds. 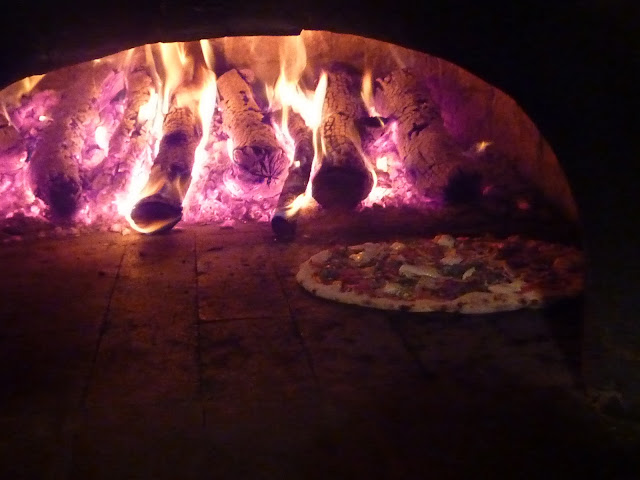 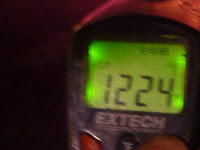 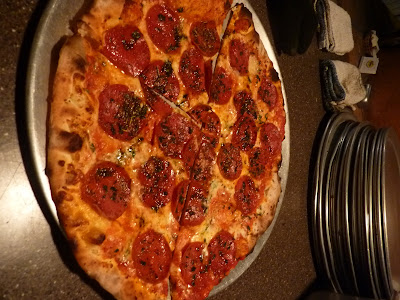 Knowing a savory snack was in the works, we were ready to enjoy some art!

The Western Bridge is a nonprofit space dedicated to contemporary art, founded by Seattle collectors Bill and Ruth True. Works from the collection have been exhibited in many major museums in North America and Europe. Western Bridge originated from a desire to keep more of the collection on view here in Seattle.
The collection, and travelling displays are housed in a 10,000 square foot renovated warehouse an the industrial district of Seattle.

The dominating (to say the least) piece of this exhibit by LA-based Euan Macdonald was “A Little Ramble”. 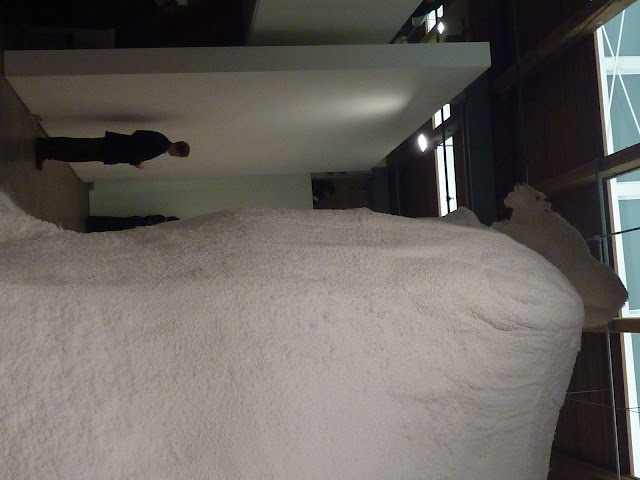 Mr. MacDonald brought winter inside on a very grand scale!  Rambling (or wandering?) upon this massive mountaintop, were a pair forlorn looking taxidermized mountain goats. 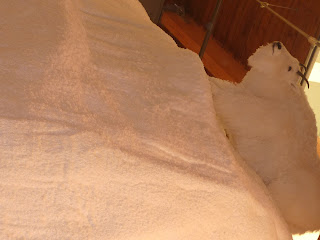 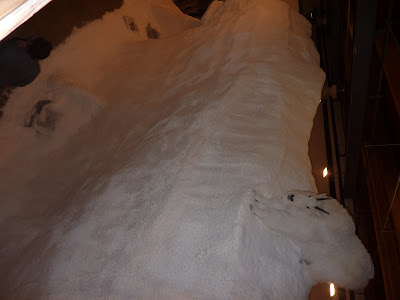 “The work takes its title from a short prose piece by Robert Walser (1878-1956) recounting a trek in the mountains, most likely in Switzerland but unspecified, easily projected onto the landscape around Seattle. “I walked through the mountains today,” the account begins. “The weather was damp, and the entire region was gray.” The narrator limits himself to the observable, giving little indication of his interior state. The ending asserts the power of the mundane: “We don’t need to see anything out of the ordinary. We already see so much.”

A mountain encountered inside a gallery is clearly out of the ordinary, but the piece asserts itself as a commonplace despite its uncanniness. The extraordinary is expressed as if ordinary. ”  -The Western Bridge

This romantic piece called “Ember” is a reference to the Olympic tradition of passing a flame between torches. 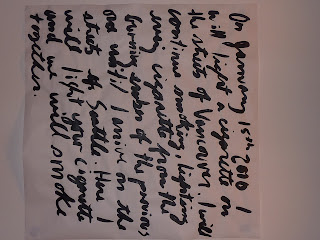 Did I mention the signature cocktail?   Basically, slushies, laced with vodka.   Oooh, Blue Raspberry, my favorite (why is it blue though?   Raspberry is such a pretty color).

All in all, it was a splendid evening of fire, 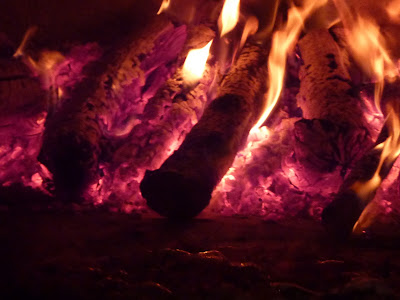 and ice…..here’s to all of the Olympic Athletes! 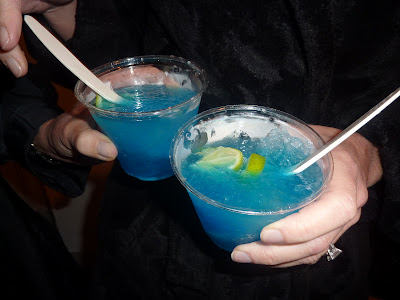 Click on the name to learn more about The Western Bridge and artist Euan Macdonald .
Veraci Pizza has travelling kitchens throughout the Northwest click on pizza to learn if they are near you.   Also, they will soon start selling clay pizza ovens for home use!