No visit {or day, really} on Orcas Island is complete without a meal at Rose’s Bakery and Café… and my waistline is suffering for that fact. During the week I spent on Orcas I went to Rose’s more days than not…. it was so easy to come up with excuses to go into “town” {aka Eastsound}” which we all knew were codes for “lunch at Rose’s”, nobody had to be very creative…. “we need bandaids”, “let’s go to the market to get corn”… “are we without Swiss Army knives”? 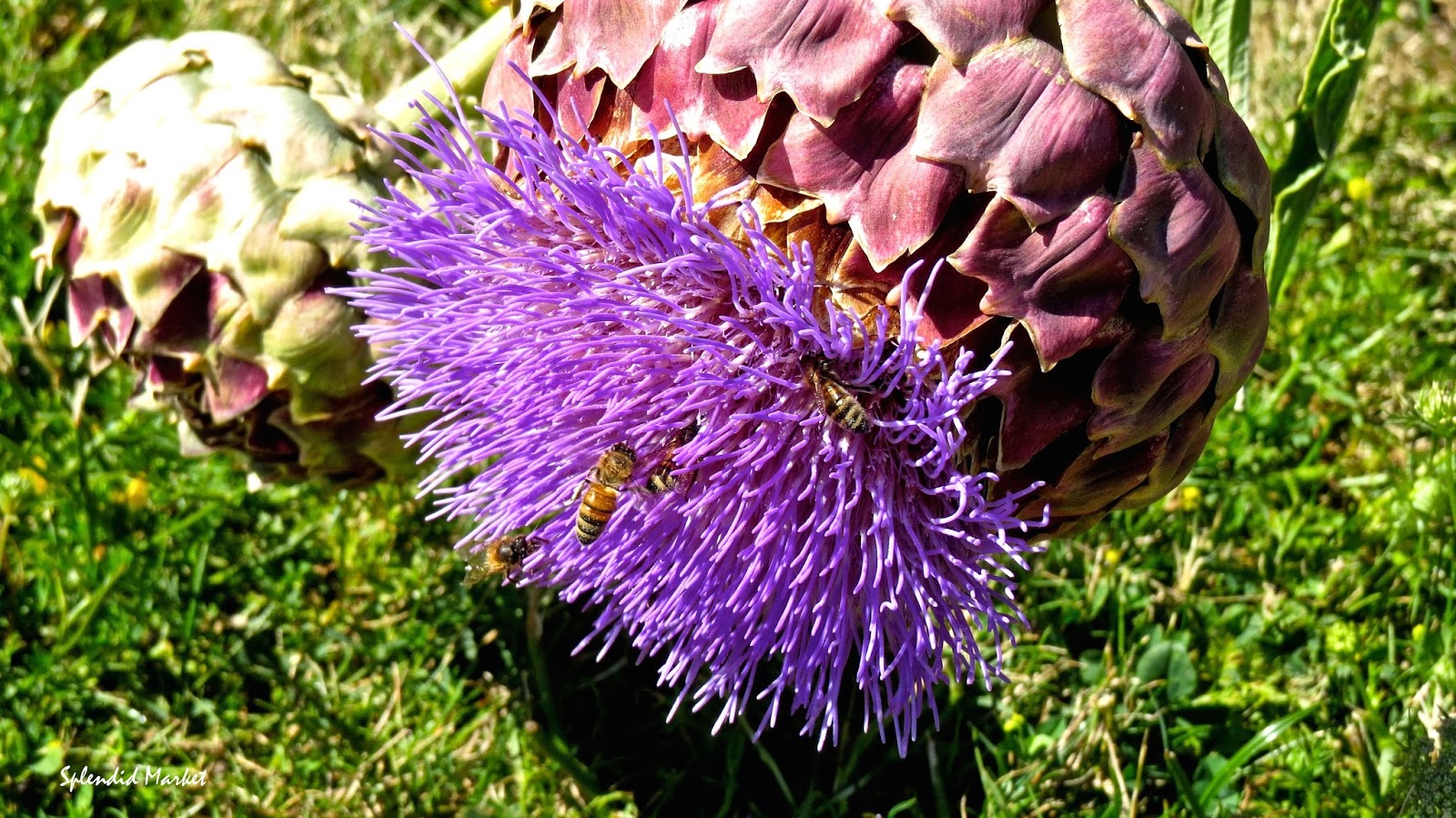 ….and then I started thinking about my favorite, relatively local, places I frequent that I have never written about, including this shining gem on Orcas Island. Maybe it’s because I’m always so lulled and comforted by the satisfying meals with a French flair I’ve enjoyed here over the years, but that’s no excuse, since these experiences so closely fit my definition of the perfect meal “elegant food in a rustic setting”. Rose’s truly offers the most elegant food on this remarkable rustic rock, and arguably the entire San Juan archipelago.

The foundation for the goodness of this food is, no surprise, marvelously fresh ingredients.
Orcas is blooming with a number of organic farms which makes the path from farm to table very, very short. Local produce, cheeses, seafood and meats can be found in the heavenly offerings on the menu at Rose’s. 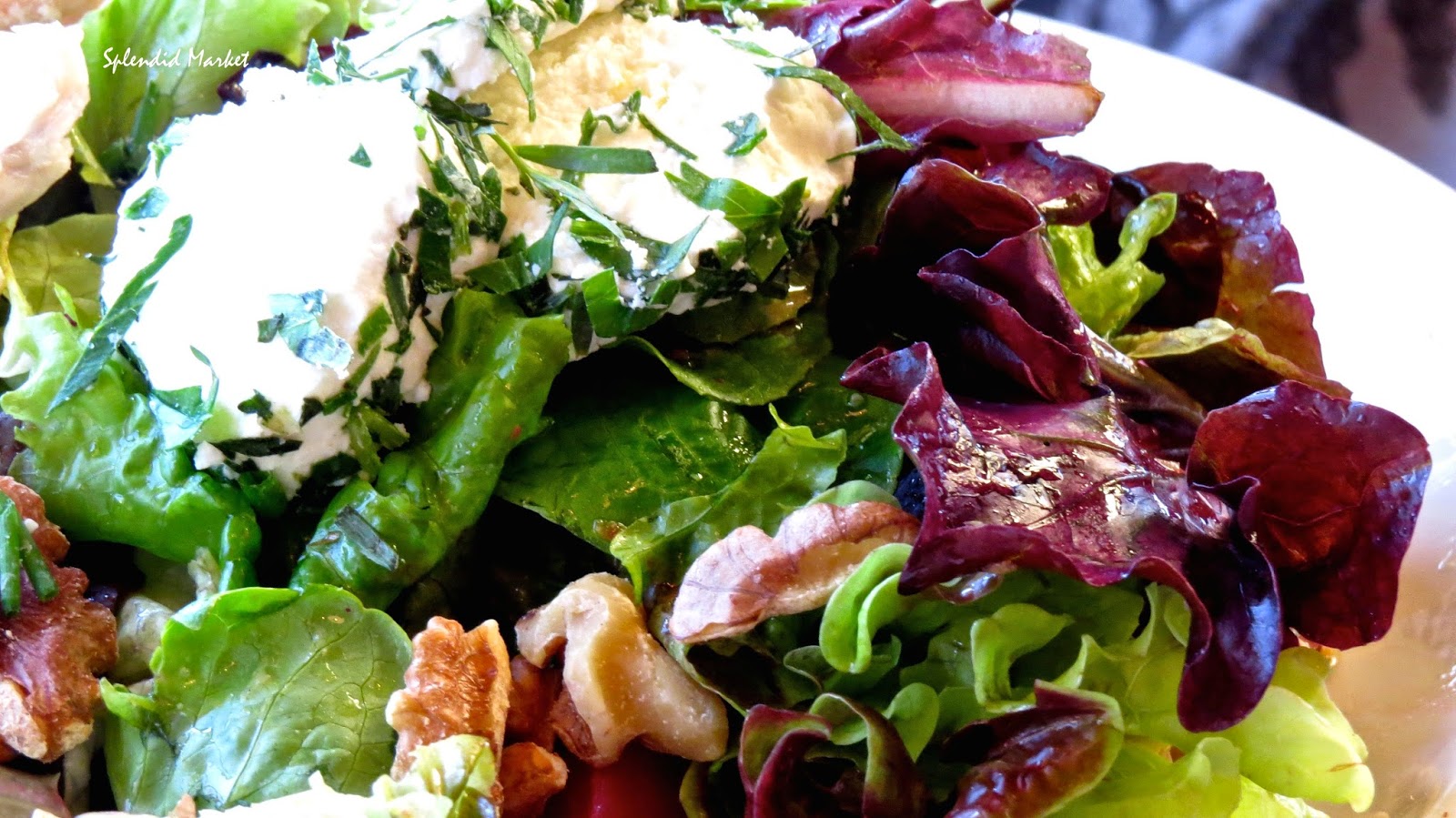 And then there is the wickedly talented chef Dante Miller and his team who create culinary magic on a daily basis {well, not on Sundays}. 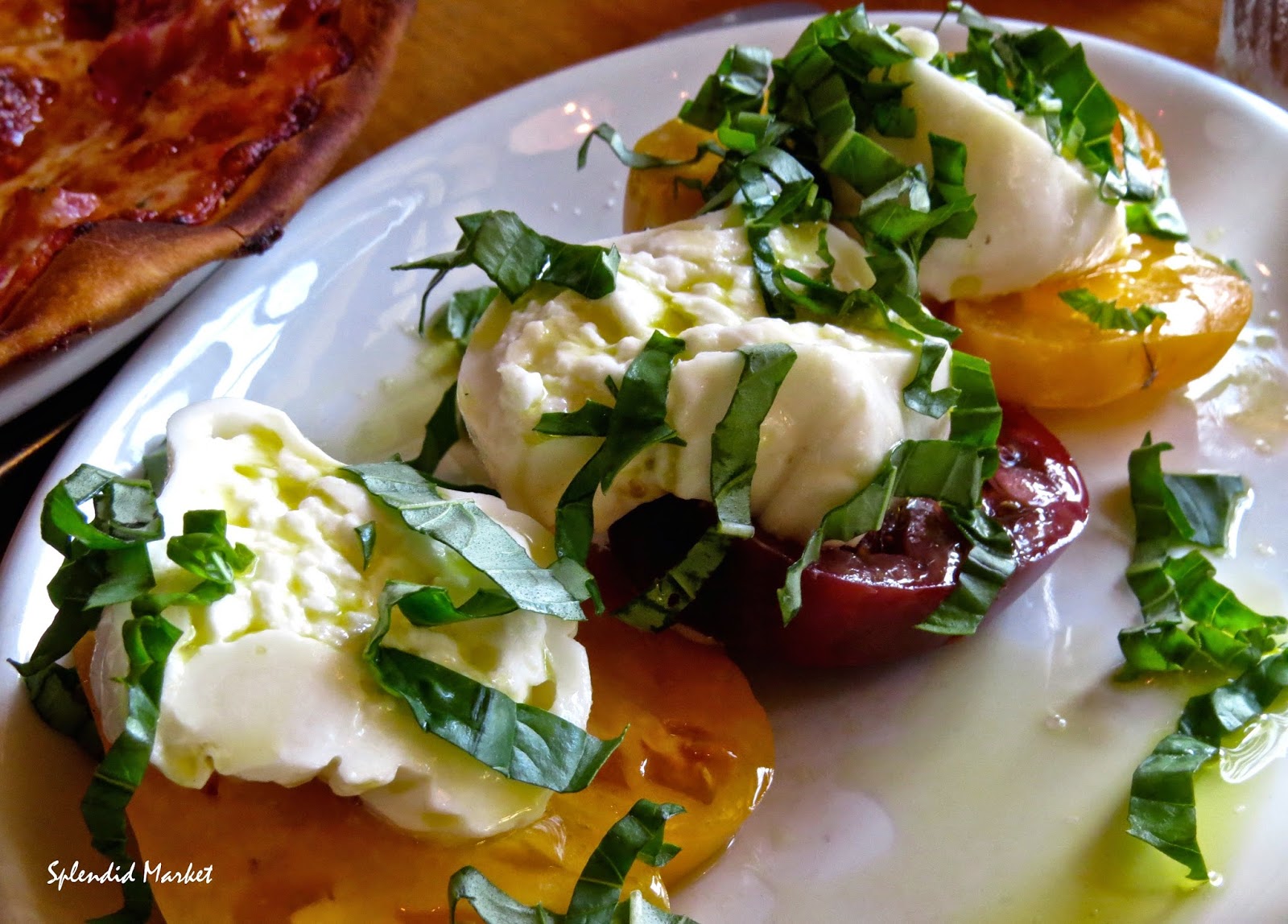 His sinfully delicious soups satisfy the soul, lift the spirits and tantalizes the taste buds, like this chicken stew I devoured one day, served over a spread of tender polenta and dotted with briny green olives and plenty of fresh garden vegetables, it was impossible to resist. The meat from the chicken was beyond  falling off the bone tender and the crimson broth was bewitchingly earthy, flavorful and complex.

The next day, I went again, and was so torn between the chicken soup from the day before {I had been possessed by thoughts of it from the moment I woke that morning} and the fish soup {an elegant bouillabaisse}. I gambled on the fish soup {the promise of aioli may have swayed me} and did not leave a droplet of the intense, saffron scented vermilion broth behind. 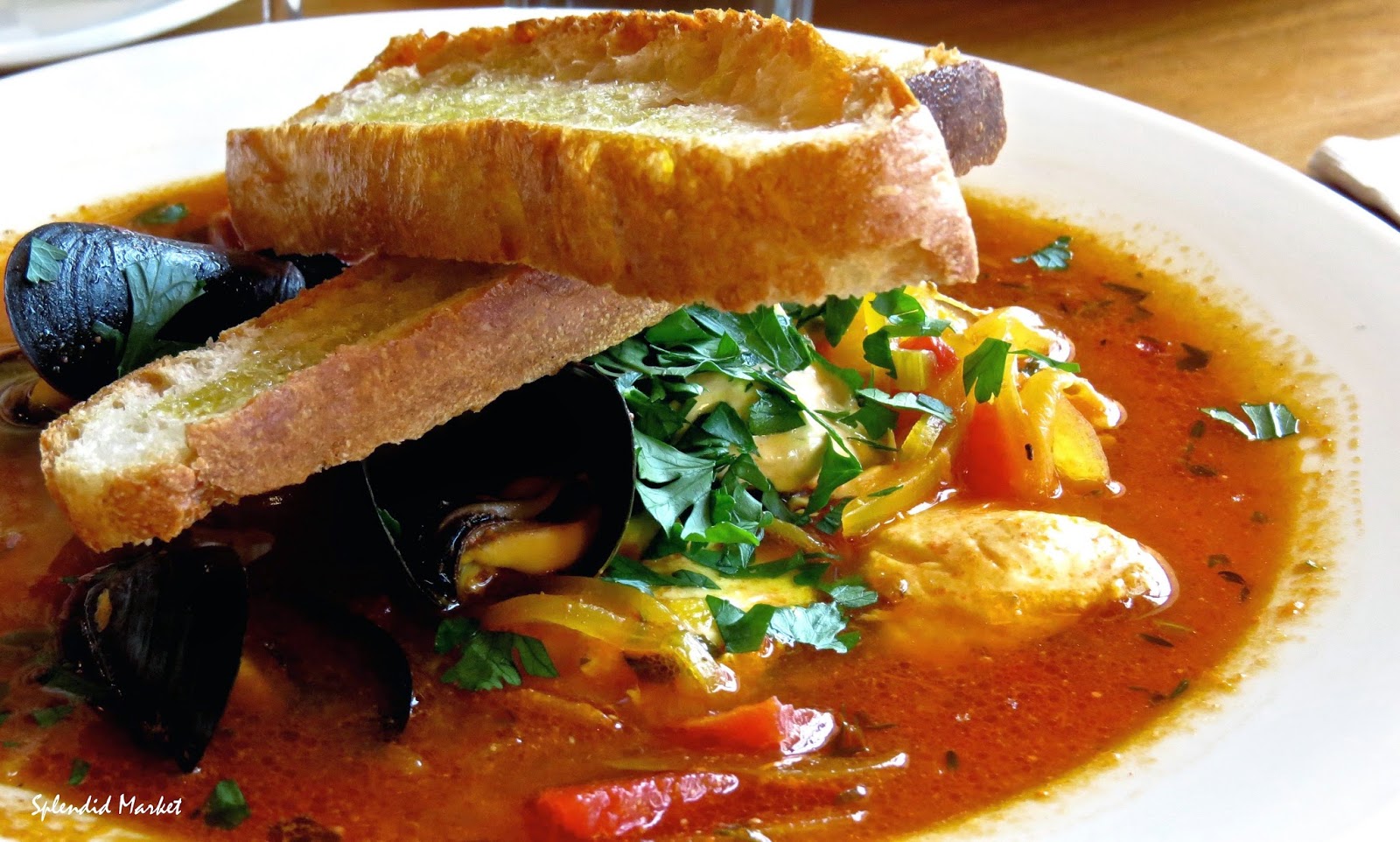 One dish that is a consistent choice on our visits is one of the thin crusted pizza’s made in “Dante’s inferno”, the pizza oven… a lovely thin, crunchy, toothsome crust, sometimes just a little scorched for extra flavor, topped with cheese, marinara, pancetta and rosemary…. seriously, this pizza shouldn’t even be called pizza because it is in an entirely different category, it should be called something like
“I think I’ve died and gone to…” 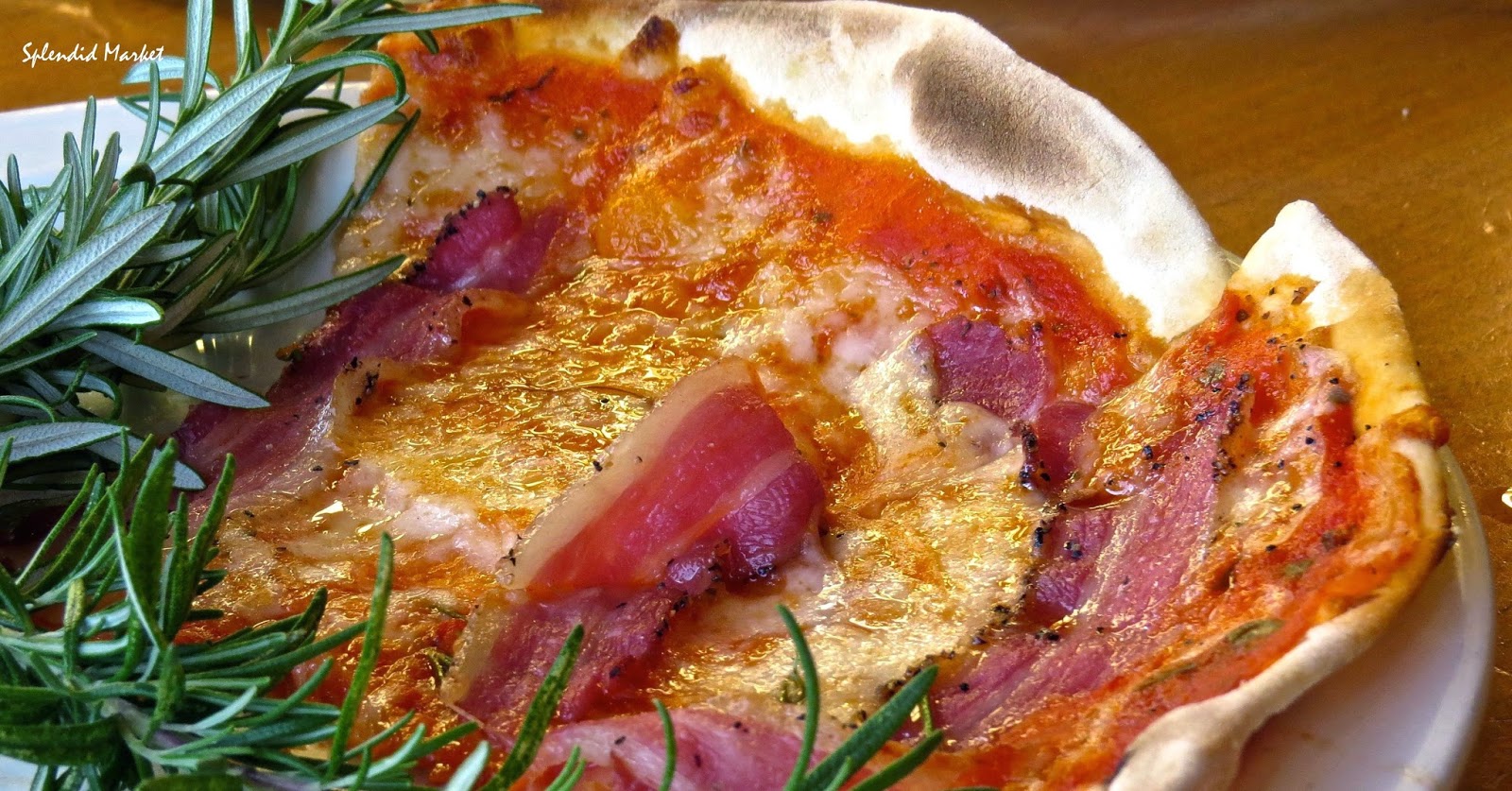 Other menu staples we love are any of the sandwiches, served on their fresh baked, gluten~worthy bread, especially the halibut sandwich with a remoulade sauce, the beet salad with goat cheese, clams linguine and the Salade Nicoise. 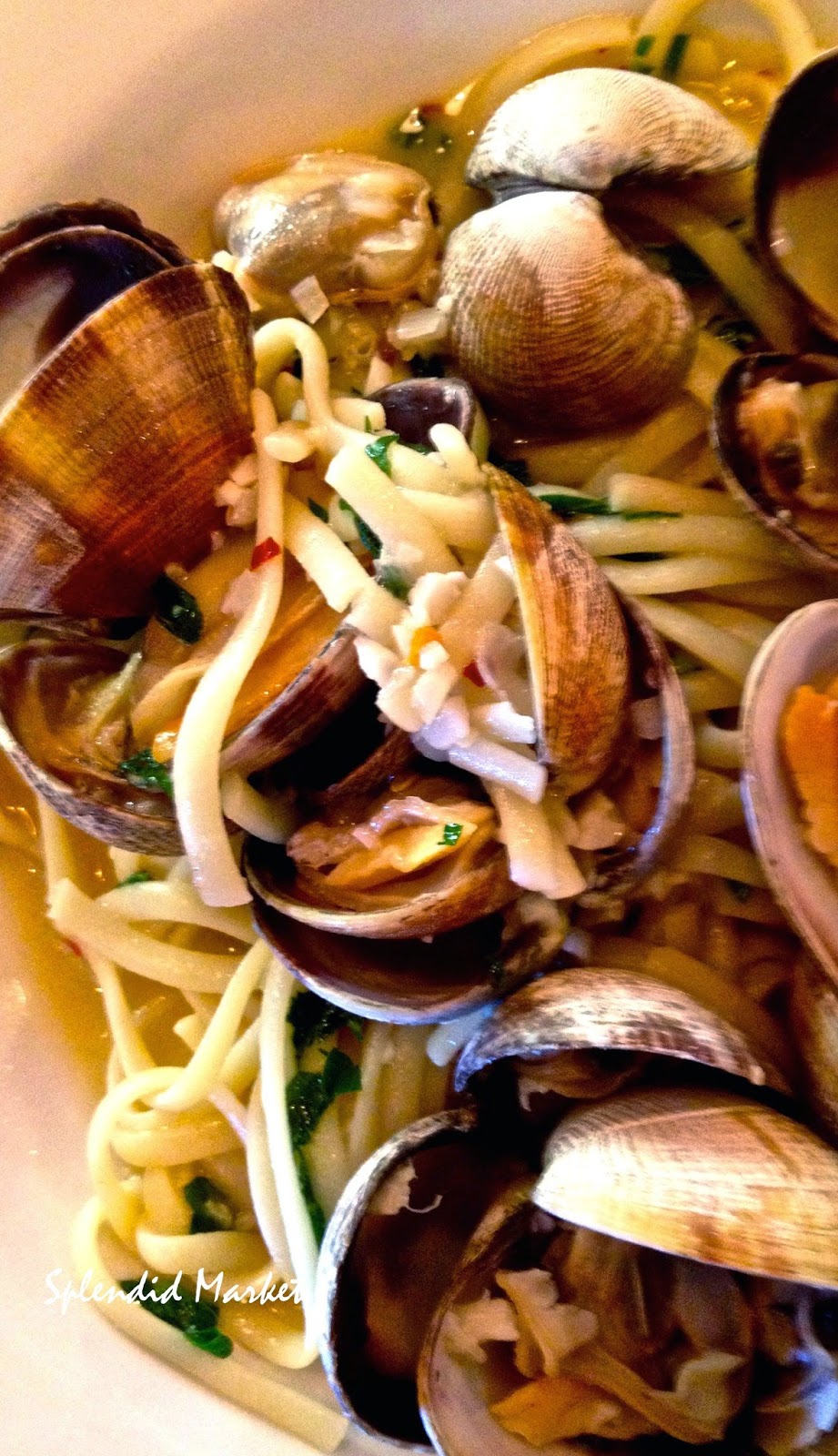 Being the shameless hedonist that I am here, I rarely manage to save room for dessert,  but the temptation of butterscotch pudding with molasses cookies was more than I could resist this day. My other favorite dessert is anything topped with their tangy homemade buttermilk ice cream. 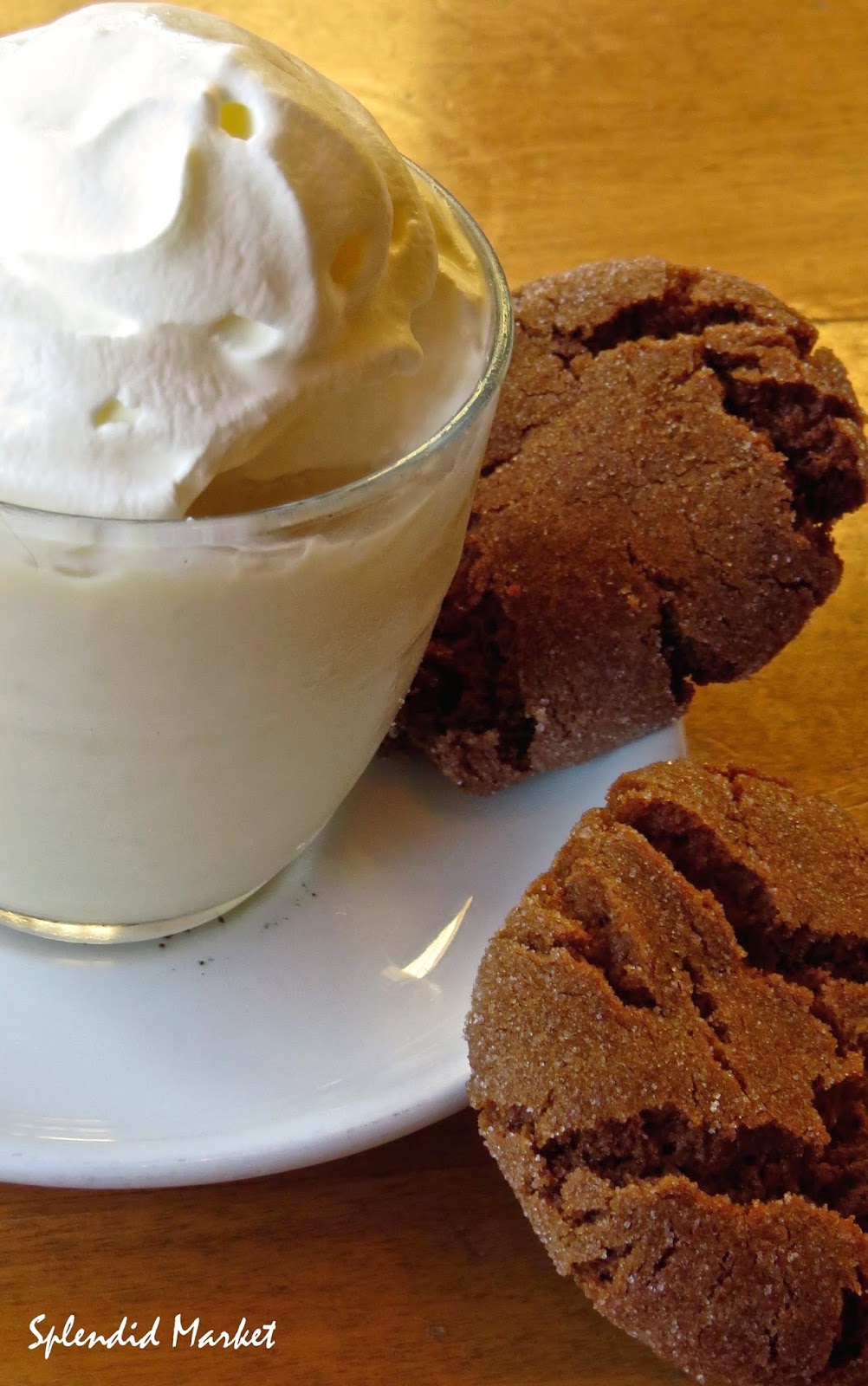 In addition to the restaurant, an attached shop offers an assortment of daily breads and desserts fresh from the bakery, cheeses, cured meats, olives, chocolates and other deli delights, a refreshing offering of wines, a unique spread of kitchen supplies and a freezer full of take~home items, including “thou shall not lie” fruit pies, which you can take home and bake off and nobody would know that you hadn’t picked all of those peaches, or cherries or apples and put the pie together yourself…. unless they’d been to Rose’s.
The third factor that makes Rose’s such a special place is the passion, vision and dedication of owners Joni and John Trumbull. When we first started coming to Orcas over a decade ago, they had a small bakery in town that offered the best breads and desserts outside of France. It had started as a bakery/ cafe but soon the bakery and things to go with the breads took over the space. Thankfully, the owners decided to get back into the business of pleasing the palates of local and visiting gourmands and opened this larger den of deliciousness in the islands former fire house. 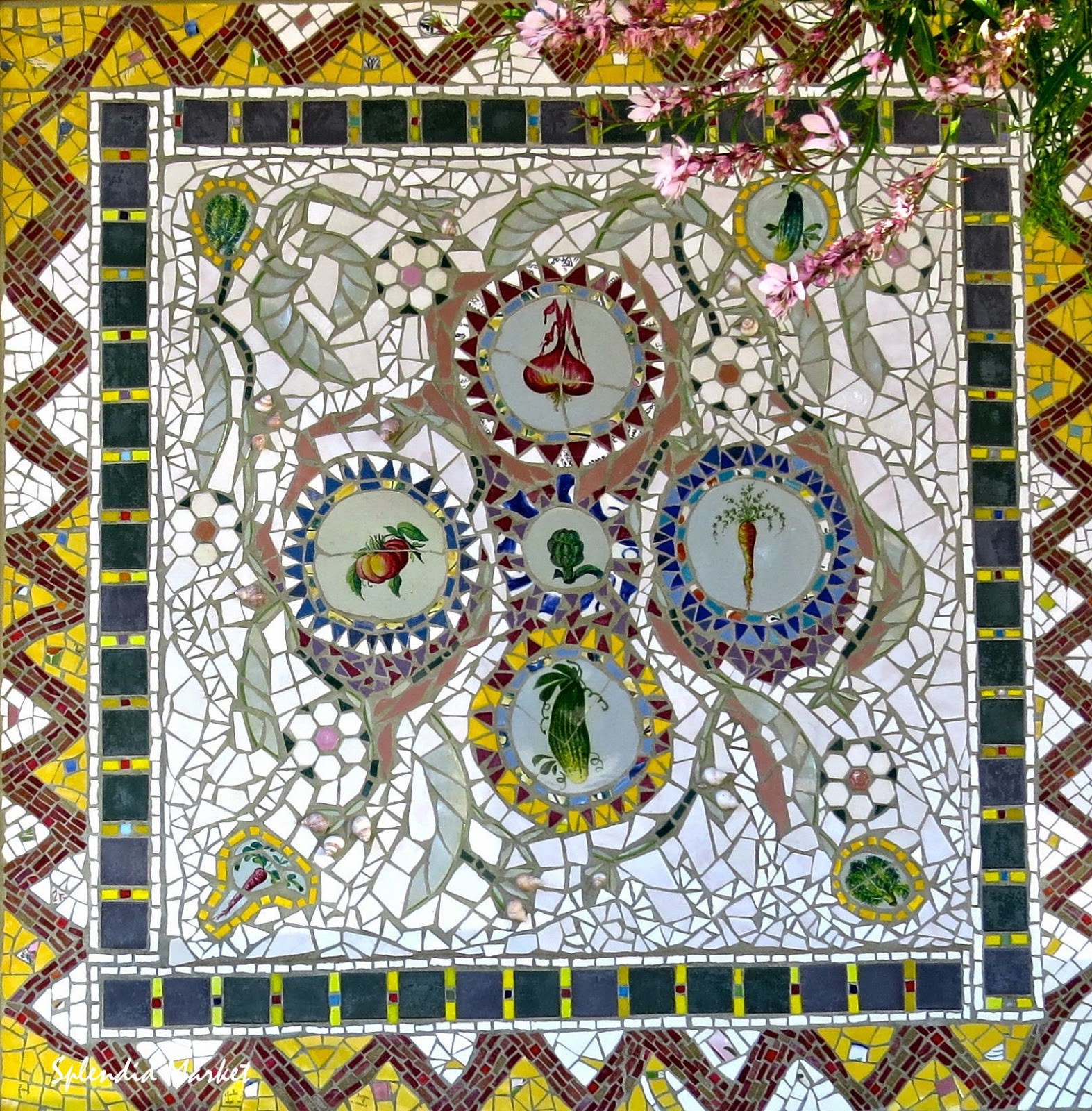 Rose’s is the result of Joni and John’s shared passions and combined talents. John had culinary training in Paris, and learned about wines during a stint at Chateau Montelena in Napa Valley. Joni was a talented home baker who was able to adjust her formulas to a retail scale because the couple knew that good quality, fresh breads were an intregral component for the café they had envisioned.
This is an inspiring story of 2 people who followed their personal passions {and appetites}, did what they believed in and ended up creating a beloved institution on the island. When I spoke with John, he said they decided to do their best to create something special, with the attitude that if it didn’t develop a following, it didn’t belong. Stop by any day and you will see that clearly, Rose’s “belongs”.
The eclectic decor of the current location reflects their passion, style, taste and travels, including art, artifacts, books and even wine buckets from the great champagne houses of France, rich with patina.
The only disappointment with Rose’s is actually a blessing in disguise, because it helps me to not have to move up a jean size each summer, they are not open for dinner. The cafe is open from 8:30 – 4 Monday – Saturday, serving breakfast and lunch. The retail store is open from 10 – 6:00 Monday through Friday and 10 – 5 on Saturday. 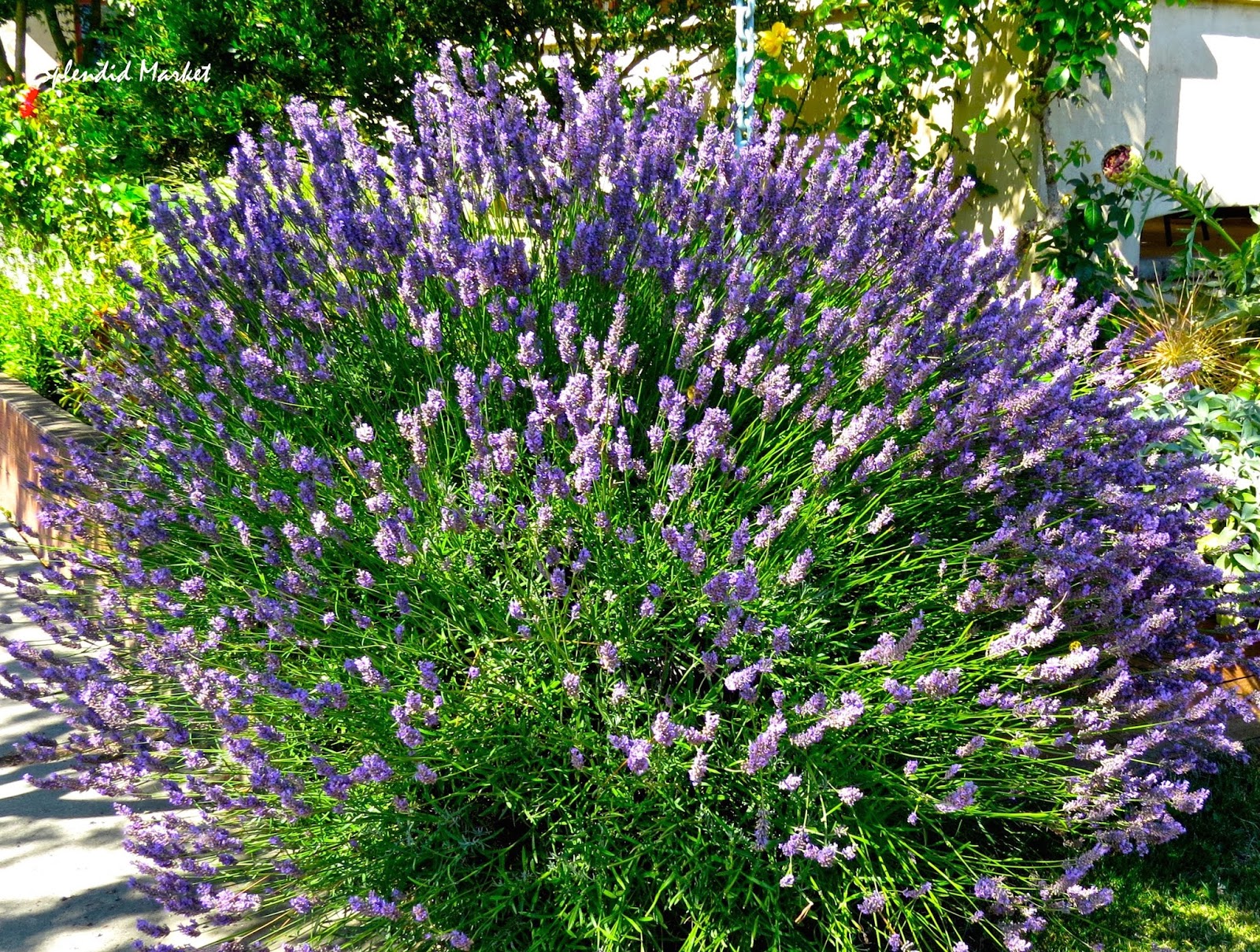 But it’s okay, dinner in West Sound can be an enchanting affair. 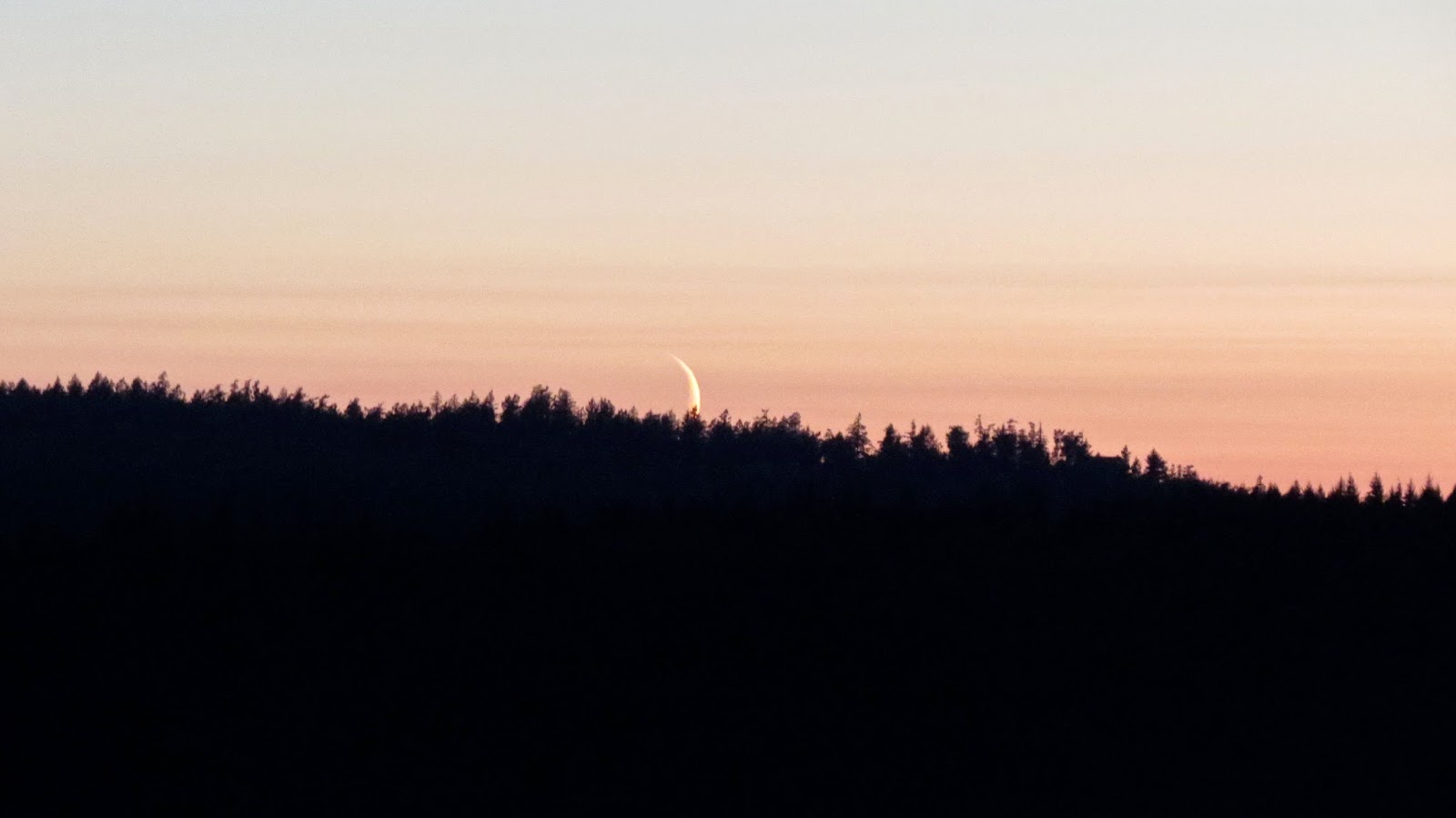 If you happen to be heading to the San Juan’s you should visit the farmer’s market which happens every Saturday May – September in the Village Green at Eastsound from 11 – 2,  and then walk over to Rose’s early to get a table. As a back up plan, if the wait is too long, you could buy a loaf of bread, cheese, ham, olives, a fresh baked dessert and bottles of water and wine, then picnic in the adjoining park.
The restaurant is located at 382 Prune Alley, you can try to get a reservation by calling 360-376-5805, tell China I sent you.
For more information on how to get closer to this delectable bowl of mussels, click on Orcas Island Chamber of Commerce. 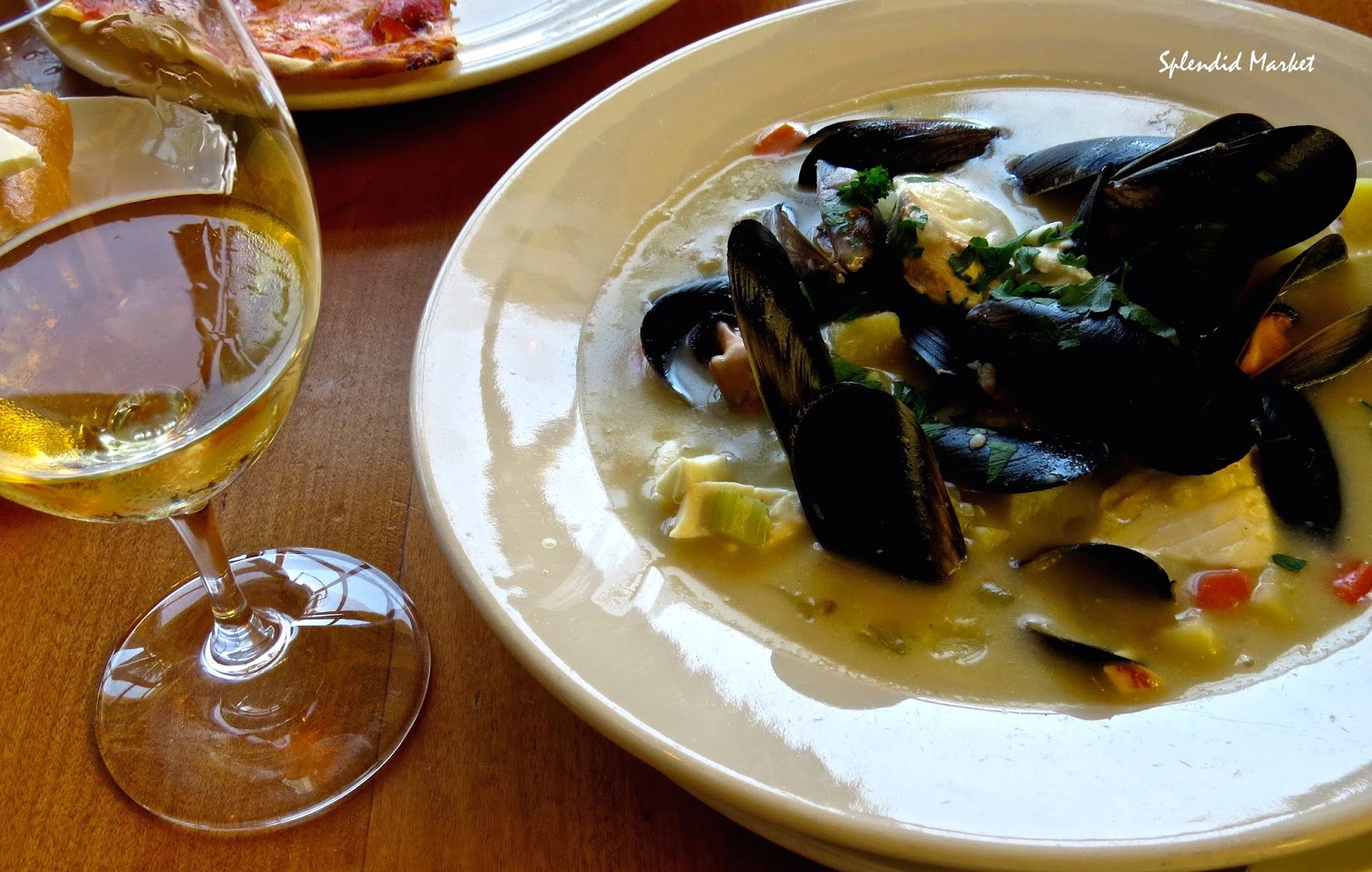 A few off season notes: Rose’s is closed for a brief respite the month of January. Also, the Farmers Market moves to the Oddfellows Hall on Haven Street for October and November.
As a closing note, I asked John if he ever had doubts along the way and he said they were a little concerned about the “low fat” diet craze that was popular when they decided to begin selling an offering an assortment of cheeses to go with the bread, but, as it turned out, once they opened the door they found they had nothing to worry about.
Further proof to the point that diets may come and go but we’ll always have cheese.

« Life on the Salish…
Peaches Supreme, a jam that’s not just for breakfast… »