The most peaceful moments of my day are usually the 15~20 minutes I spend driving to pick up my daughter at school while the all~too~short broadcast of Garrison Keillor’s Writer’s Almanac plays on the radio and fills my car with audible beauty. On this broadcast he highlights great writers of the world and concludes each segment with a poem. The mid~section of this drive for me occurs in the Seattle Arboretum, an absolute treasure of trees in our city. No matter the season, I am always in awe as I drive beneath the enormous tree canopy in this 230 acre wilderness located along the east side of our city and running north to the edge of Lake Washington. 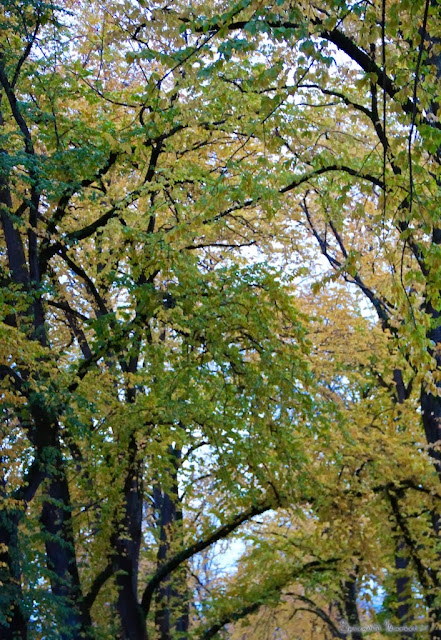 The word arboretum comes from the Latin words arbor ~ tree and etum ~ place. Fredrick Law Olmsted began designing arboretums for the purpose of creating scientific plant collections. He designed one for New York’s Central Park, but it was never built. About 50 years before planning, designing and developing the Seattle Arboretum he created The Arnold Arboretum for Harvard University in Brookline, Massachusetts. Our arboretum was created with the same organizational by~laws as The Arnold.

This year the fall leaves in the PNW have been extraordinary. The winds and rains stayed away long enough for the leaves to have a chance to show off their full range of color, a rare occurrence here. 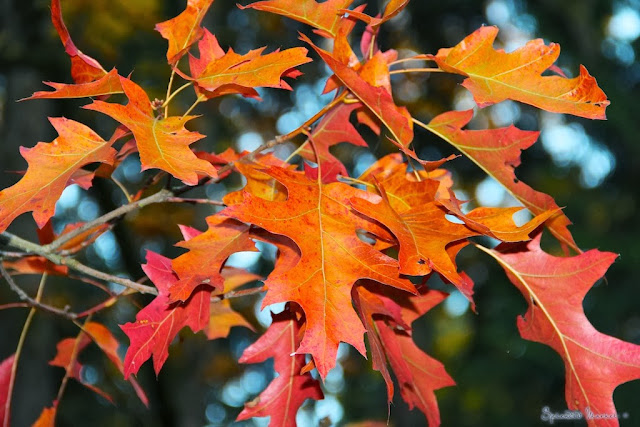 A ba~jillion times better than driving through this forested in-city land is a chance walk through it, especially in the fall. The colors are stunning, the earthy scent of crushed leaves are bottle worthy and the crisp sound of crushing leaves brings up all of the best memories and anticipations of fall. 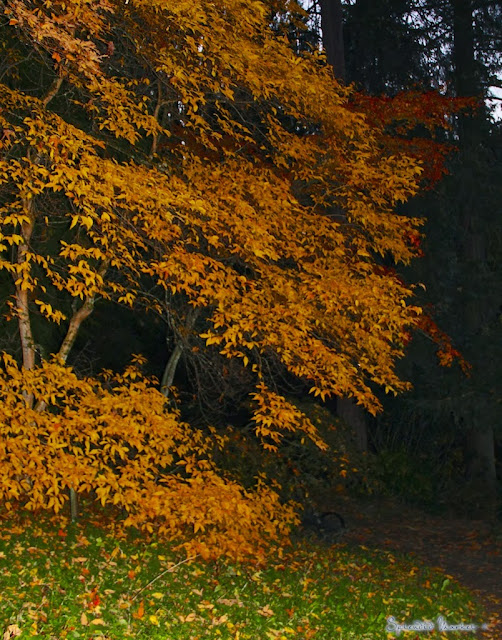 There are many paths through the acres of grounds, crowded major routes and then many more minor routes one can follow to get lost in the thoughtfully and thickly planted forests. On the day I took these shots, walking with Arabella and Ezemé, the Arboretum was very crowded, everyone was out to see the bold colors before forecasted storms rolled in. So we chose to take “The Road Not Taken”.

This poem is the first poem that I recall studying and dissecting in grade school {after the study of haiku}. But when I read it tonight, at The Poetry Foundation it presented a completely different meaning than it did when my age was closer to the single digit range. So, I thought I’d use his words tonight, as we walk through the leaves and trees in The Arboretum because I don’t think I could come up with phrases so perfect to pair with this years beautiful display. Yes, I’ll leave the rest of the copy today to Mr. Robert Frost.

The Road Not Taken
~by Robert Frost

Two roads diverged in a yellow wood,
And sorry I could not travel both 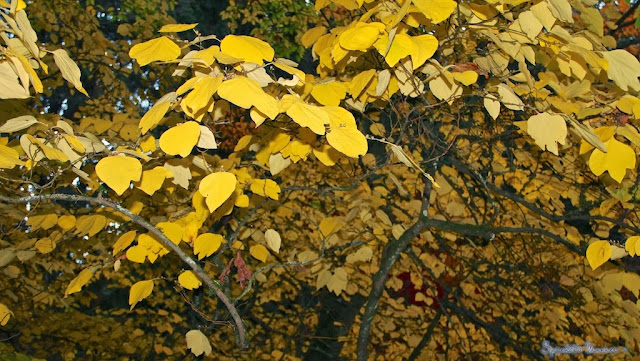 And be one traveler, long I stood
And looked down one as far as I could
To where it bent in the undergrowth; 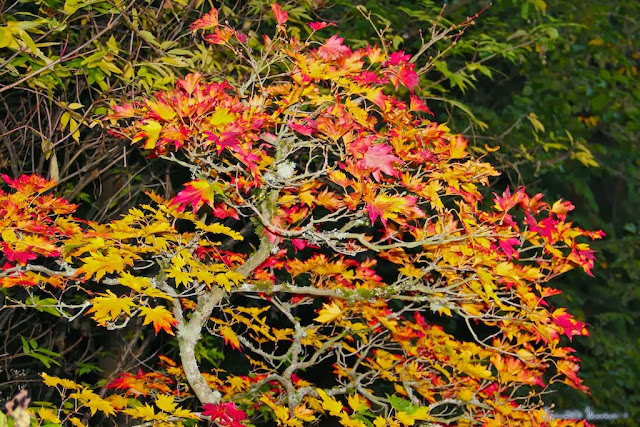 Then took the other, as just as fair,
And having perhaps the better claim,
Because it was grassy and wanted wear; 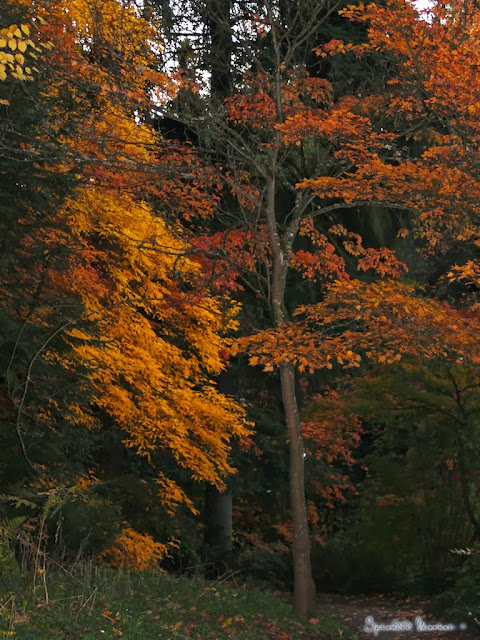 Though as for that the passing there
Had worn them really about the same, 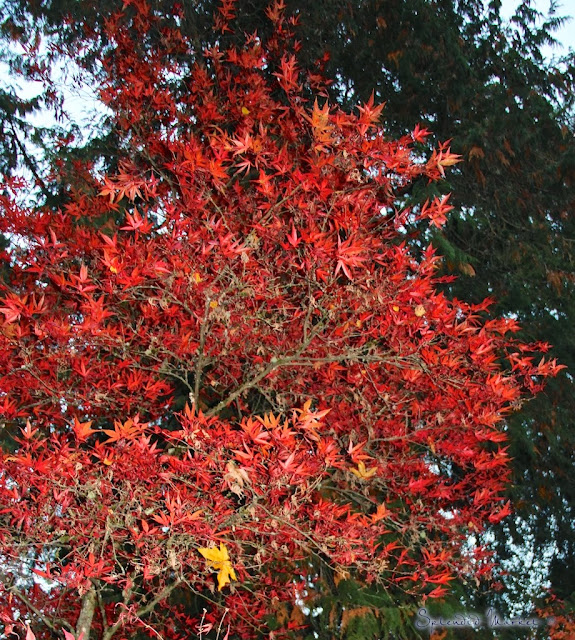 And both that morning equally lay
In leaves no step had trodden black. 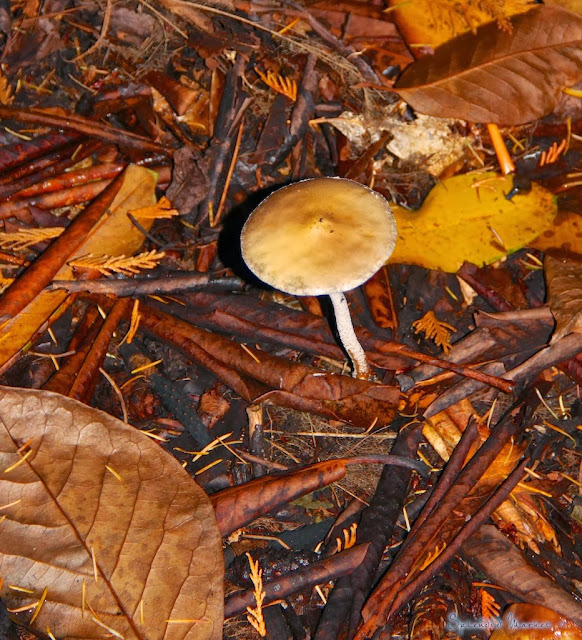 Oh, I kept the first for another day!
Yet knowing how way leads on to way,
I doubted if I should ever come back. 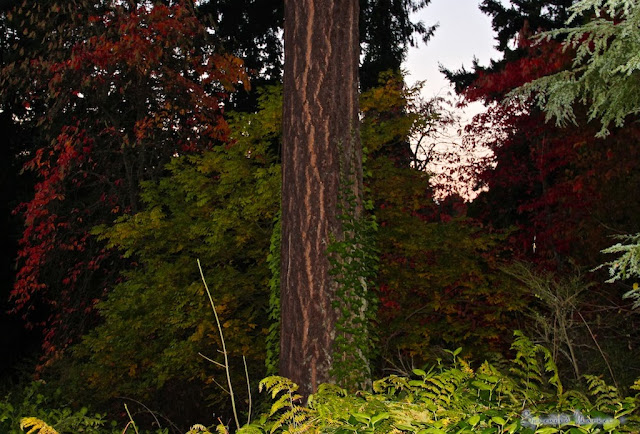 I shall be telling this with a sigh
Somewhere ages and ages hence: 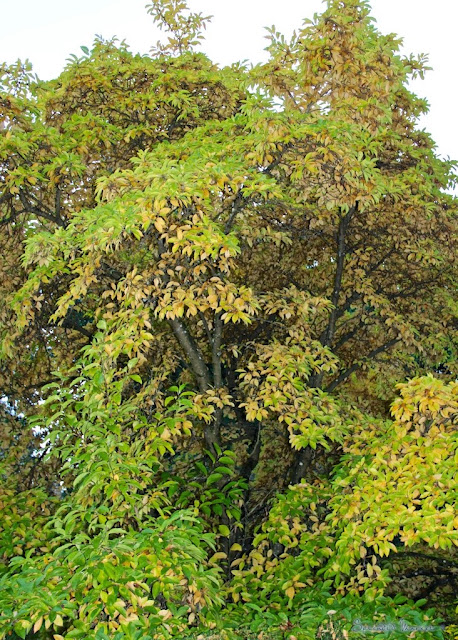 Two roads diverged in a wood, and I— 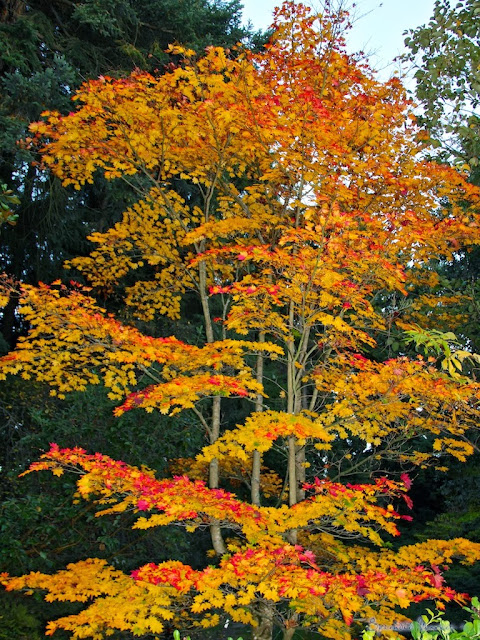 I took the one less traveled by, 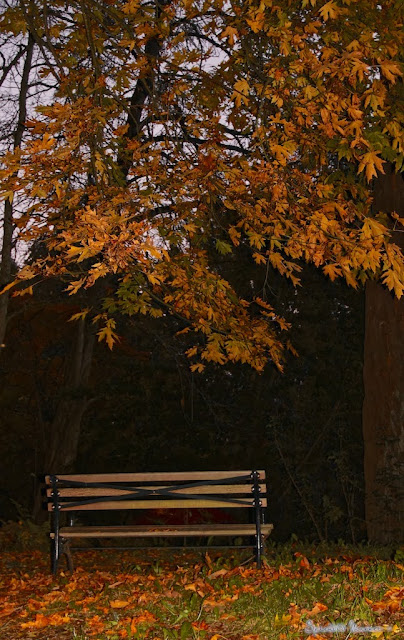 And that has made all the difference.