I’ll never forget the first time I encountered a freshly cooked Pacific Spot Prawn. Captain Splendid and I were sailing through Harney Channel in the San Juan Islands and saw a commercial prawning boat, so we called them on the radio to ask if they could sell us some of their catch. I stood at the tip of our bow to make the exchange, in between waves. I handed over the cash and they handed me two small brown paper bags full of plump, thick, coral colored prawns, still warm from the cooker.
Prior to this, my only experience with prawns were those in the Shrimp Scampi {the whole conversation about Prawns vs. Shrimp will have to be had at another time} I ordered at restaurants the EVERYTIME I went out to dinner in high school. Then, later, when I was beginning to cook for myself, prawns were the cold, pink items of various sizes I’d buy at the seafood counter that really didn’t taste like anything, I always considered them to be a rubbery palette for butter and garlic than a delicacy. 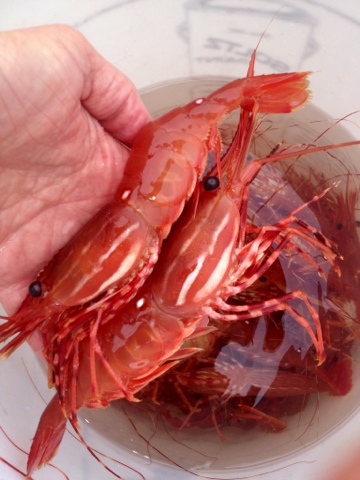 The prawns we had in Harney Channel that day were something completely different from anything I’d encountered previously. It was about 10:00 am when we bought them, thinking we would eat them for lunch. But both bags were severely depleted by about 10:15, because once we had tried the lumps of coral perfection, we just couldn’t stop eating them.

Over the years we’ve perfected our prawn procurement process quite a bit. We’ve gone from buying them over the bow, to our earlier harvesting process, to our current, more streamlined, process.

According to Captain Splendid, the key elements to happy, successful prawning is one of these tough little prawn pullers {because prawns are deep water creatures, you have to lower the traps an average of 300 feet, that’s a lot of line}. 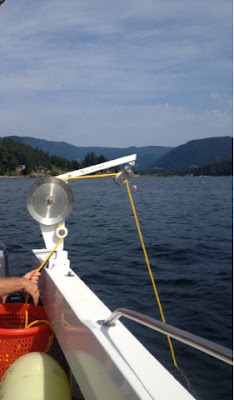 The other key item is a basket like this to use for collecting and storing the line, the large yellow bouy marks the line when we return to collect the trap. Overseeing the operation is Arabella, she loves to eat prawns {raw} as well. 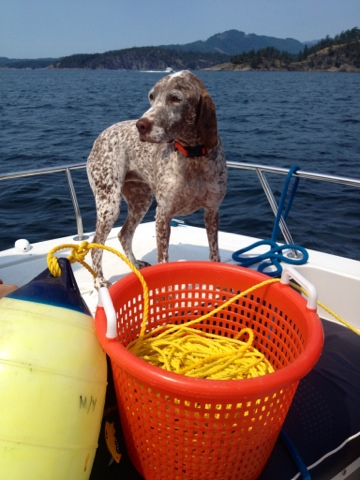 After dropping the traps, we usually wait about 3 hours before retrieving them, they theory is that if you wait much longer the prawns may take the bait and swim right out of the trap. 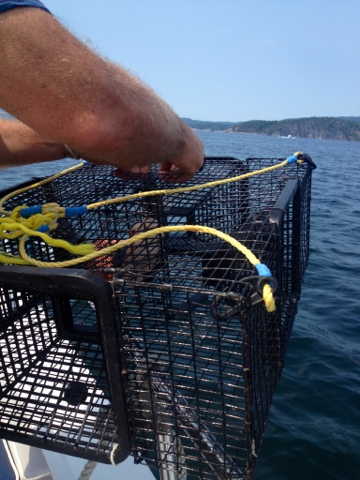 Many times we’ve been skunnked, starfished, or crabbed after patiently dropping our trap. For instance, this lovely Brown Box Crab was resting atop our trap when it reached the surface after travelling up 300+ feet. What a surprise that not a single prawn wanted to swim in to take a nibble nibble of the yummy chicken breasts and special pellets we’d left for them with this lovely lady guarding the entrance. 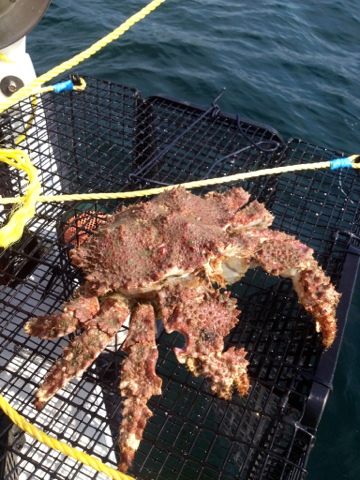 Other times, we’ve been seeing the world through coral colored glasses,  and the Salish has given us a wonderful base for lunch. You really don’t need much when serving fresh prawns, but one of our favorite ways to eat the prawns is in tacos.  I set up a bar of toasted corn tortillas, feta cheese {if you can’t get cotjia}, peppers, salsa verde, black beans, plenty of limes 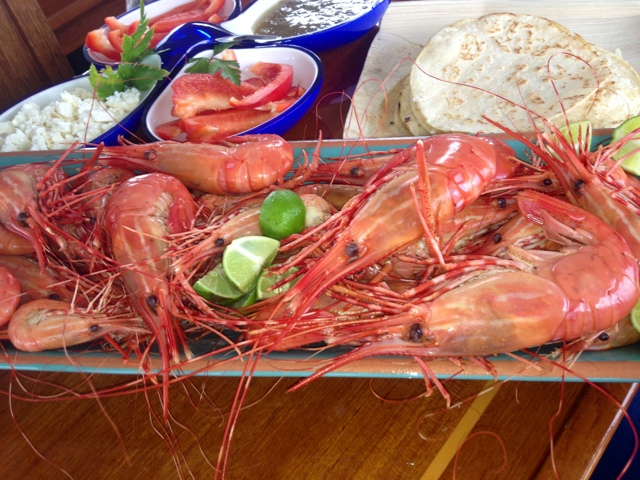 and a frisky little coleslaw. I tossed this cabbage in a dressing of mayo, white wine vinegar, chopped garlic, old bay seasoning, lemon juice and green tabasco.  It was a delicious crunchy, creamy contrast to the prawns. 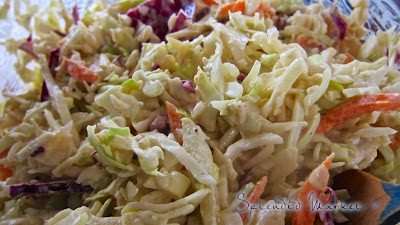 For more specifics on prawning, included equipment sources click on Pacific Prawns {this is the same link provided earlier in the post}

« Seaweed votives, a tale of craftiness on the high seas…..
should we talk about fall?? »

Leave a Reply to Teresa at Splendid Sass Cancel reply

Found this Fire Beetle in our bathroom this mornin

Trying to decide if this is too cute or too-too? W

Underneath the mango tree https://music.youtube.co

Yellow tulips forever! Such a stunning sight in Mo

Picnic in the 🌧 @buckbaybistro . Scored some cr

These breakfast quesadilla sliders are a tasty one

Happy Earth Day from one of the most beautiful pla