It has been wonderful to settle in at home again. I feel I’ve barely had a chance to put my feet up with my “chiots” {as I call these two now} and yet I’m already heading off again. While I’m away I will surely miss these two, both the dogs and the slippers!
In addition to antiquities, I happened to have brought home a pair of puppies from France {a story in itself}. We have a passion for this Braque du Borbonnais breed. So, I came home with Ezemé, on the left {truly a chiot, or puppy}, for Arabella {my 3 year old on the right}; and Arés, for our friends who watched Arabella while we were away {and threatened to keep her:{}!
Check out the shoot at the bottom of this post to see Ezemé and her brother in true puppy form on one of our final days in the South of France. 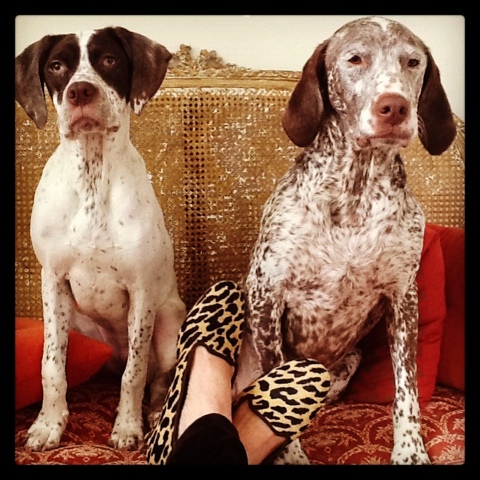 But before we get to them, I feel a need to tell you about these “shoes”, because I am so attached to them I am trying to rationalize bringing them on my trip where it is nearly 90 degrees today! See, they are not shoes, they are actually “Alloway exotic slippers” made by UGGs. When I got home, I found I was craving something warm to wear on my walks to and from yoga, something that was comfy and could help me to transition back into this chilly clim. I tried on my daughters UGG boots, which were comfy and cozy as could be, but just a little too bulky for me. So I went shopping on zappos and found these…. on sale, no less!
This photo doesn’t reveal my favorite feature about my cozy new friends, which is the soft shearling UGG insoles! Also, the soles are rubber, so they don’t get bent out of shape after tromping through our Seattle rain storms.
What you can see, is that they look like stylish ballet flats. They’re perfect paired with my yoga pants or my jeans, and I always hear compliments when I dare to venture out in them.  I’m very tempted to double down and order the pair in zebra stripe as well.
Although, I am noticing they are no longer on sale {drat}, though $150.00, 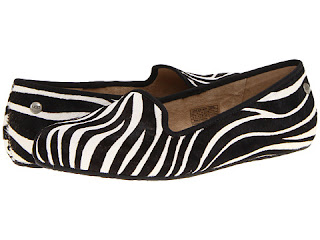 doesn’t seem so bad, compared to the price on these gorgeous velvet Zebra beauties from Scalamandré available at Stubbs and Wootton, for $400 {women}, $450 {men}. Click on thinking zebra {and then scroll down a bit} to learn why we will all be more focused on this eternally stylish  animal and her stripes in the near future. 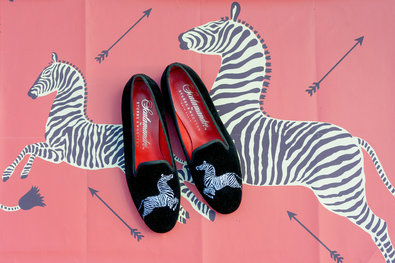 Beautiful as that raspberry leather lining is, I think I’ll keep my paws in my cozy shearling beds for now.

Speaking of paws, here are are some puppy shots to consider over the weekend. My Ezemé {on the left} wears the mask, she is with her brother Arés {previously known as Eze}. 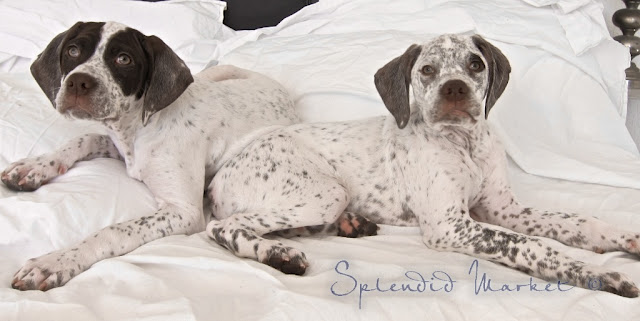 This breed dates back to the Renaissance age. Braques were often seen in the country homes of the French nobility and in their paintings.

After WWII the race suffered a serious decline, until there were reportedly only 2 left in France. 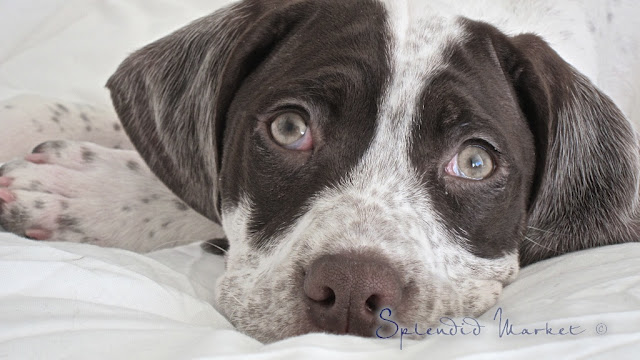 Michaël Comte, a Frenchmen with a love for the breed began the effort to revive the Braques. 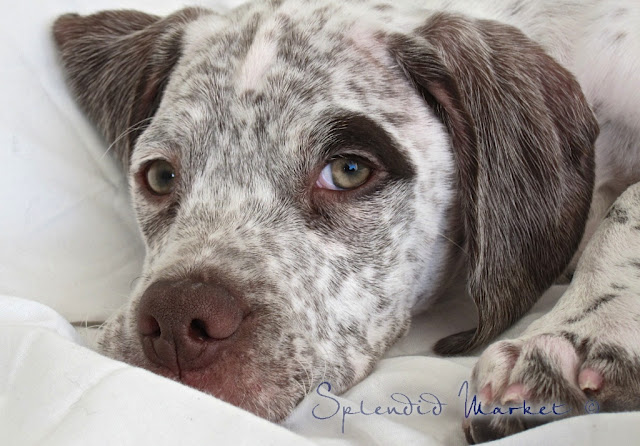 Today they are thriving in France and are admired by many in the US.

Leave a Reply to The enchanted home Cancel reply